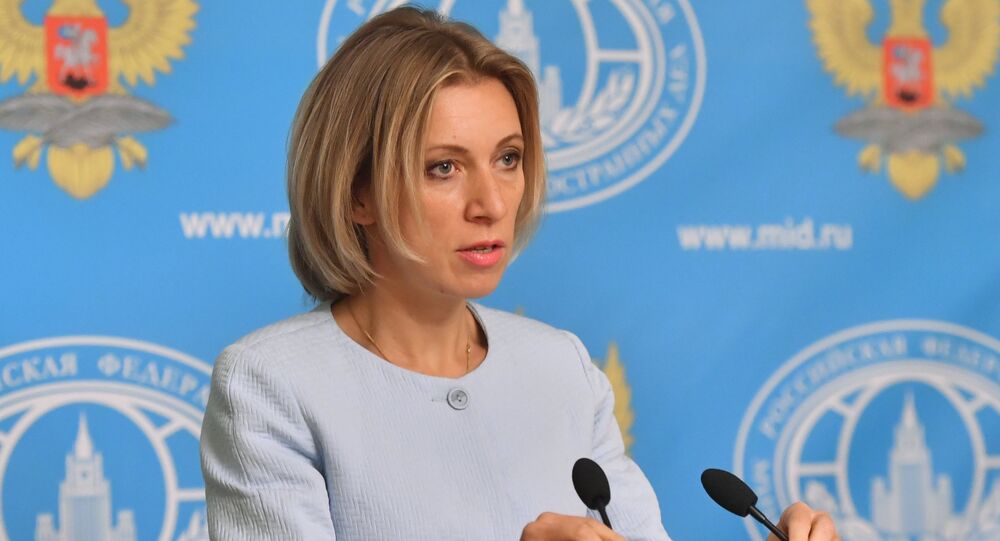 Russian Foreign Ministry spokeswoman Maria Zakharova on Wednesday called upon leader of Russia’s Chechen Republic Ramzan Kadyrov to help a Finnish journalist write an article about the situation regarding the rights of LGBT people in the region.

MOSCOW (Sputnik) – The journalist asked Zakharova about the LGBT rights in the Chechen Republic during Wednesday's press briefing, to which the spokeswoman replied that the issue is a "favorite one" for European reporters and advised him to visit the region.

"Dear Mr. Kadyrov! Today the briefing is attended by a representative of the Finnish television … who is very interested in the existence or absence of gay people in Chechnya. That is not a question for a Foreign Ministry’s spokesperson. Could you organize a study visit in the Chechen republic for this journalist, where he will be able to find answers to all his questions," Zakharova said.

She advised the journalist to communicate with non-governmental organizations, local reporters and public persons and to write a "normal article" without politicizing the issue.

In April, the Russian Novaya Gazeta newspaper reported, citing sources in the Chechen Interior Ministry, that over 100 men suspected of being homosexual were detained and tortured in the republic, and that at least three were killed. In a conversation with Russian President Vladimir Putin, Kadyrov dismissed the allegations, with Kremlin spokesman Dmitry Peskov saying there was no reason for the Kremlin to not believe the information provided by Kadyrov.

Kadyrov’s spokesman Alvi Karimov has called the allegations "a lie" and said that it was impossible to persecute those "who did not exist in the republic."