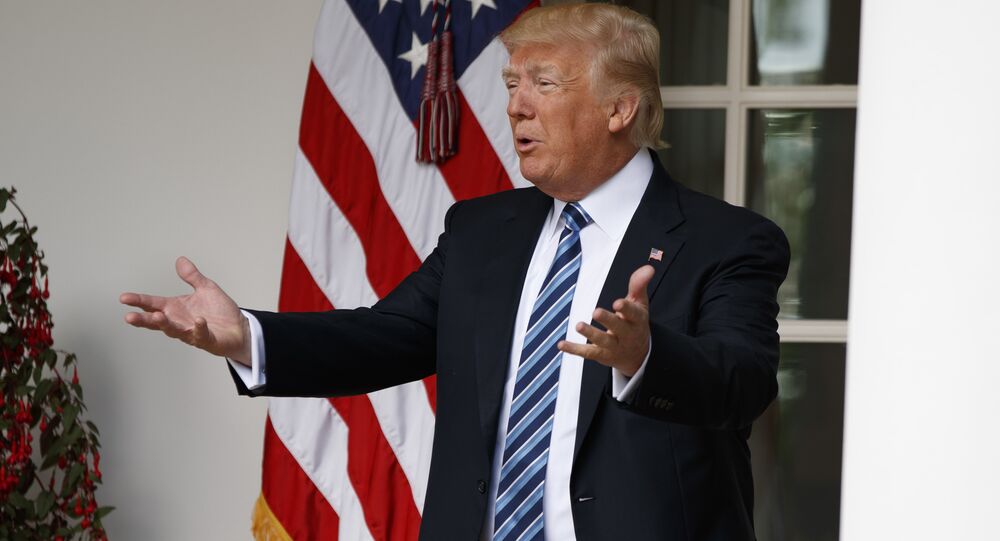 Donald Trump tweeted using the word "covfefe" last night, causing a viral tidal wave. He was referring to "negative press coverage" - one of his favourite themes but mistyped and it has remained unchanged for hours, sparking a plethora of memes and jokes.

What was strange was that even if he had spelled it right the sentence would not have made any sense. But it may have been that he was alluding to "negative press coverage" about Jared Kushner's links with Russia.

Shortly before the mysterious "covfefe" tweet the President had retweeted a post from Fox's morning show which said:

Whatever Trump meant, the Twittersphere found it utterly hilarious.

"And just before you serve it, you hit it with a dash of #Covfefe" pic.twitter.com/fm9CAF4Iyz

Sorry but Disney wins this one 😂 #covfefe pic.twitter.com/Hz4ZdI9atg

The Internet is definitely a better place with @realDonaldTrump #covfefe #CovfefeDay pic.twitter.com/03XG8GebY0

Moderator: Your word is #covfefe

Arvind: Use it in sentence

Several people made convoluted links to the recent incident when Trump, Egyptian President Fatah al-Sissi and Saudi Arabia's King Salman were seen with their hands resting on a glowing orb.

Someone created a Twitter profile of Covfefe the Strong, a Game Of Thrones-style character in a Viking warrior costume.

I have been summoned to this world. I know not why.

But another Twitter user created their own profile, The Wizard Covfefe, who replied:

No, you fool! It is I who have been summoned! By the Great Orb of T'kketh!

The rogue tweet was posted at around 1am Washington DC time on May 30, leading some to speculate whether Trump had dozed off at the keyboard or had maybe imbibed a nightcap.

It was finally removed five hours later, at 6am local time (11am BST) on Wednesday.

Who can figure out the true meaning of "covfefe"??? Enjoy!

​The bizarre tweet came only hours after Trump's communications director, Mike Dubke, resigned from his post in the White House "for personal reasons" after only three months in the job.

It also comes after a report claimed the White House is considering having a team of lawyers on duty 24 hours a day to vet Trump's tweets before they are published. Trump has 31 million followers on Twitter and his tweets have become legendary for their tone and because they sound just like "The Donald" when he speaks off the cuff. The White House has reportedly received legal advice that they can delete tweets but must "capture and preserve all tweets" in case of future lawsuits.

In a recent interview, Trump said his communications staff find it hard to keep up with him because he is such an active president, making it difficult for them to stand at the podium and talk to the press with with perfect accuracy.

Trump vs Merkel: Is Germany Giving Trump What He Wants?