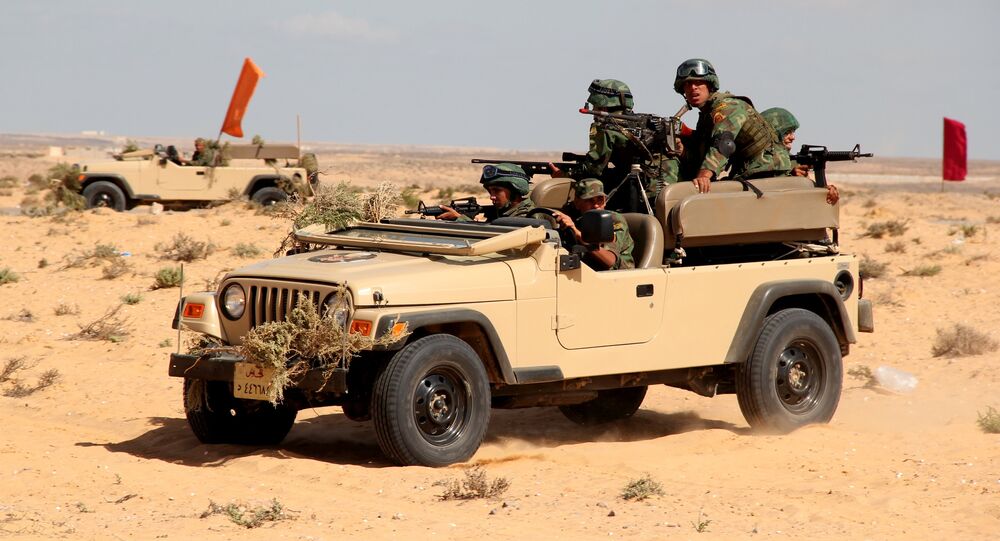 Egypt's closer relations with Russia indicate that both nations are "committed to counter" the policies which Washington and Riyadh pursue in the Middle East, Syrian defense analyst Hasan Hasan told Sputnik Persian.

"Egypt's capabilities are affected by its struggling economy. At the same time we can point to Russia's new role in the region. The state of affairs on the Syrian battlefield and recent victories have an immediate impact on politics. Russia has demonstrated its readiness to take responsibility for what is happening," he added.

Hasan further said that Donald Trump's visit to Saudi Arabia would not help to tackle terrorism since some of Washington's allies sponsor armed radical groups. "This means that there would be no real fight [against terrorism]," he observed.

© REUTERS / The Egyptian Presidency
Could Egypt Become Russia's Springboard to the Middle East?
Earlier this week, Russian Foreign Minister Sergei Lavrov and Defense Minister Sergei Shoigu met with their Egyptian counterparts Sameh Shoukry and Sedki Sobhy in Cairo to discuss crises in Syria and Libya, as well as the Arab-Israeli settlement and bilateral military-cooperation. The issue of fostering joint efforts aimed at tackling terrorism was also on the agenda of the meeting held in a 2+2 format.

Aiman Samer, an Egyptian expert on international relations, told Sputnik that Moscow and Cairo are committed to fighting extremism.

"Militants return home and undermine security. Russia has urged the international community to support Egypt's initiative at the UN Security Council aimed at cooperating and sharing intelligence data on the militants who return home from Syria and Iraq. Egypt has already had an experience of working with fighters who came back from Afghanistan," he said.

Egyptian MP Mahmud Ismail told Sputnik that cooperation between Moscow and Cairo has reached an unprecedented scale in the past three years.

"This process was launched after Egyptian President Abdel Fattah el-Sisi came to Moscow on June 30, 2014. Russia provided assistance to Egypt at the time," the lawmakers said. "Russia appears to be intent on becoming Egypt's main partner when it comes to counterterrorism, as well as in political and military areas."

Lavrov on Attack Against Coptic Christians: 'This Evil Should Be Fought Jointly'