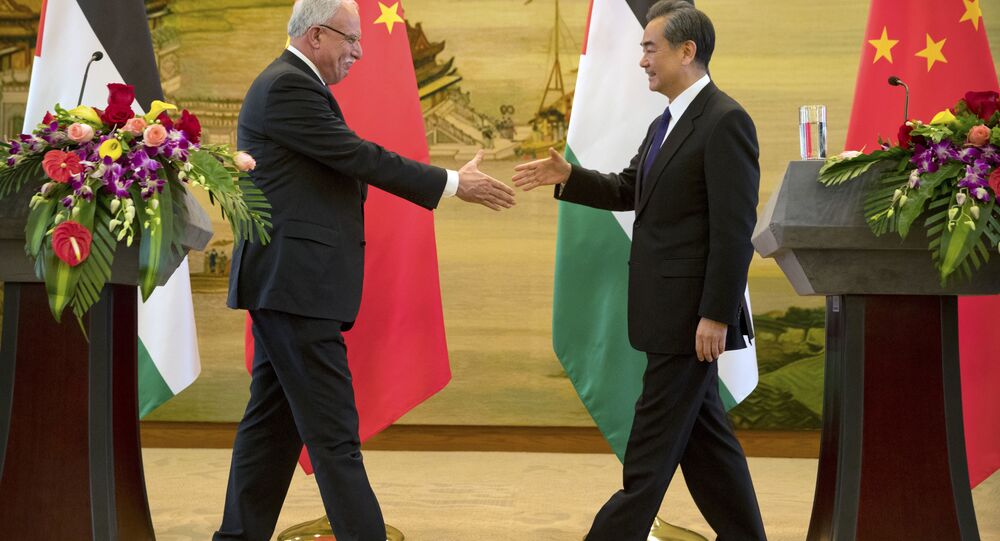 China on Monday signaled a willingness to broker peace between Israel and Palestine, according to local sources.

While meeting with Palestinian President Mahmoud Abbas in Ramallah on Monday, Gong reiterated Beijing's support for a Palestinian state while learning about Abbas's April visit to Washington, a Russian trip in early May and the Palestinian leader's meeting with US President Donald Trump in Bethlehem last week, the Jerusalem Post reported.

Following Trump's first trip outside the US as president, the White House has signaled that it also seeks to broker a peace deal between the historically opposed states.

China, according to Wafa, seeks to widen its role in the region, and is particularly interested in striking a peace deal between Israel and Palestine, as well as seeing an end to the ongoing Syrian civil war and its attendant refugee crisis.

Parallel to diplomatic matters, the China envoy also indicated Beijing's eagerness to enhance economic ties with Ramallah. According to Wafa, Abbas thanked Gong and noted his country's "special" relations with the world's most populated country.

China, with a consistent but occasionally fractious relationship with Israel, has traditionally maintained positive economic and cultural relations with neighboring Iran and has long recognized the sovereignty of the Palestinian state.

In a move widely seen as an attempt at mending fences, right-wing Israeli Prime Minister Benjamin Netanyahu visited China for three days in March and took pains to note the 25 years of bilateral relations between the two countries.

Prior to Netanyahu's Beijing junket, Chinese Foreign Minister Wang Yi stated, "The issue of Palestine is an open wound in the Middle East. Peace may be delayed, but justice cannot be denied."

"China firmly supports the two-state solution," Wang added, "and will continue to do what we can to help restart the peace talks."