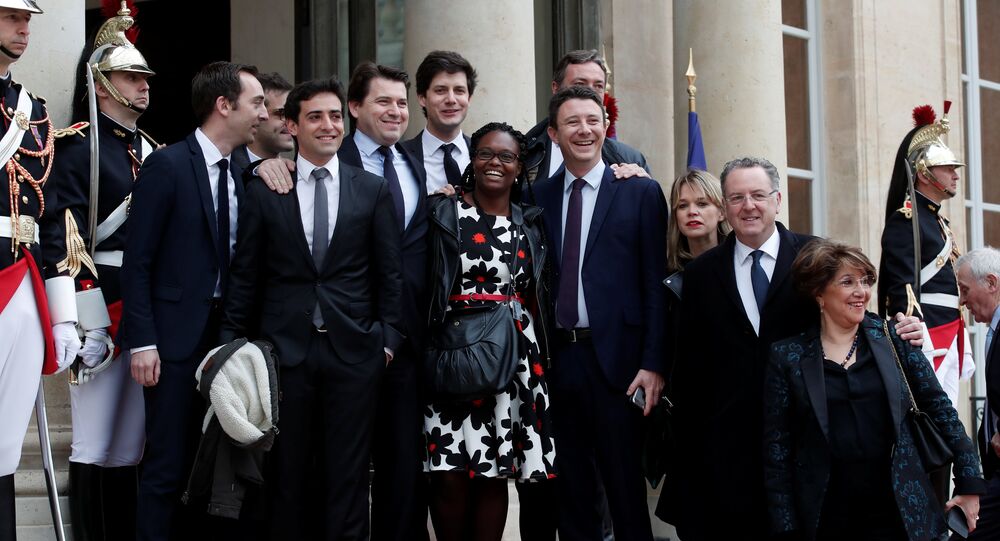 France's La Republique En Marche (REM, or Republic on the Move) party of recently elected President Emmanuel Macron likely to receive 31 percent of votes in the first round of election, according to opinion poll.

The survey also revealed that The Republicans' party was set to receive 18 percent of votes, while the right-wing National Front (FN) party was expected to gain 17 percent.

© REUTERS / Philippe Wojazer
French Gov't Dismisses Nepotism Allegations Against En Marche! Party Chief
The pollster projected that the REM might receive 320-350 out of 577 seats in the National Assembly, the National Front might obtain 10-15 seats, La France Insoumise and the Communist Party are likely to get 20-30 seats, while The Republicans' party, the Union of Democrats and Independents (l'UDI) and the Divers Droite party (DVD) could get 140-155 seats.