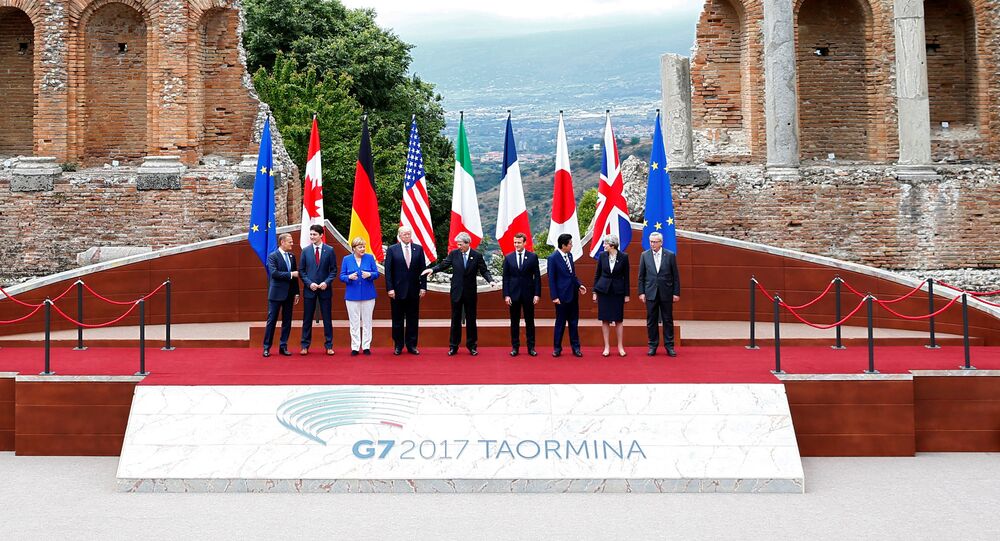 Former Italian Prime Minister Romano Prodi said that G7 summit in Italy’s Taormina lacked enough harmony to coordinate the positions of the member states, with US President Donald Trump responsible for the situation.

"The results of such summits have always been produced via dialogue. Attempts were made to bring the positions on divergent issues closer. Taormina lacked such harmonization. This meeting comprised of clashes… The problem is not in lack of unity in Europe. It was not the central figure [at the summit]. It was Trump, who turned a 'friendly tournament' to 'knockout games'," Prodi told Il Messaggero newspaper.

The Italian politician, who served as prime minister in the mid-2000s and as the European Commission president before that, added that Trump's "America First" policy undermined the spirit of the G7 and resulted in the lack of coordination between the member states.

On May 26-27, the leaders of the G7 states, comprising Canada, France, Germany, Italy, Japan, the United States and the United Kingdom, as well as European Commission President Jean-Claude Juncker and European Council President Donald Tusk, participated in the annual summit of the group, held in the Italian town of Taormina.

'Mealy Mouthed Platitudes Aside, Not Much to Be Said for G7 Communique'