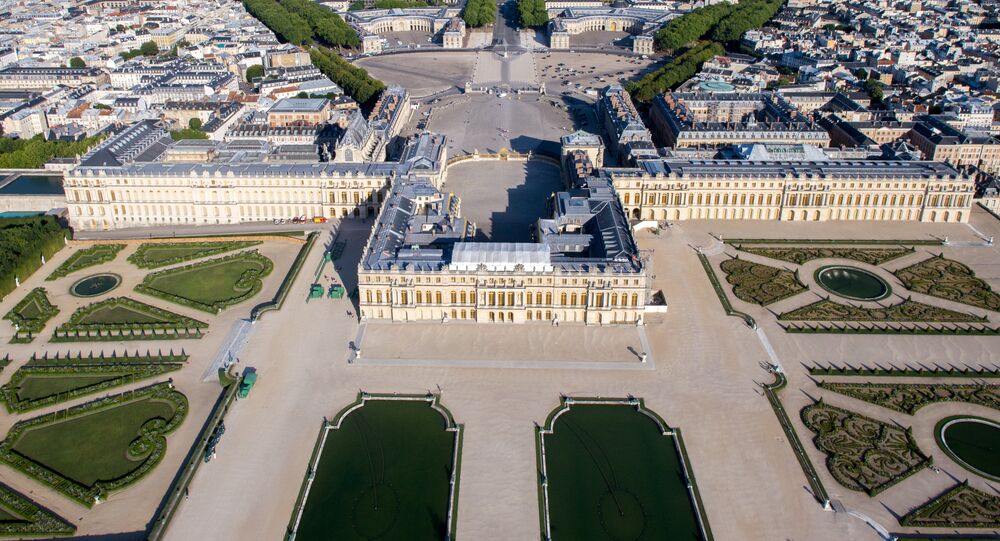 Vladimir Putin and Emmanuel Macron are expected to focus on terrorism and development of economic ties.

"You know there are a lot of collapsed mechanisms of cooperation and interaction. At the same time, there is an obvious need for closer coordination, despite the existence of restrictive measures on both sides," Peskov told reporters.

Asked what place the subject of terrorism would occupy during the anticipated meeting, he said "very important, this is an integral part of all negotiations."

Putin will visit Paris on Monday at the invitation of Macron, as confirmed by the Kremlin earlier in May.

© REUTERS / Christian Hartmann
Macron Expects to Build 'Cordial Relationship' With Trump
The leaders are not expected to discuss the issue of the Ukrainian citizens sentenced in Russia, but in case the topic is raised by Macron Putin will provide his French counterpart with an "exhaustive explanation," Peskov added.

In August 2016, Ukrainian filmmaker Oleg Sentsov and activist Alexander Kolchenko were sentenced by a Russian military court to 20 and 10 years in jail, respectively, for plotting to carry out terrorist attacks in Crimea. According to the Ukrainian Foreign Ministry, there are at least 42 more Ukrainian citizens detained or sentenced in Russia. The issue has caused concern among EU politicians. In March, the European Parliament issued a resolution calling on Russia to release the detainees.

What to Expect From First Putin's Meeting With Macron