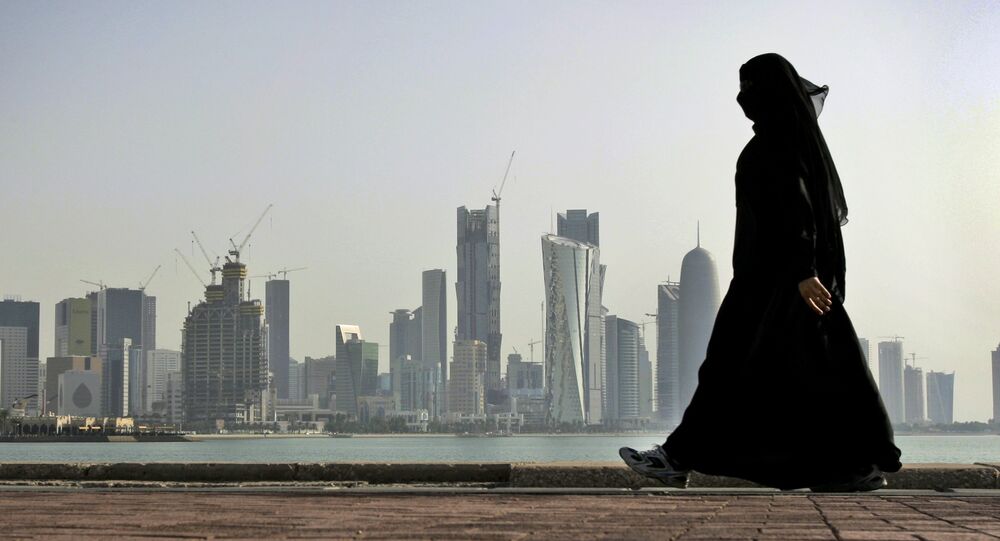 Qatari officials later said that QNA's website and media accounts were hacked, saying that al-Thani's comments were fabricated. The remarks caused outrage in the Gulf and beyond, prompting Saudi Arabia, United Arab Emirates, Egypt and Bahrain to block Qatari media including Al Jazeera.

As a result, Saudi Arabia and Qatar "have found themselves on the verge of an information war," RIA Novosti contributor Igor Gashkov asserted, saying that Doha "has long been engaged in a geopolitical competition" with Riyadh.

"Some in the Arab world view the news article as a formal action on the part of Qataris who have decided to lift the veil over their real sentiments. Others consider this as a pretext to tackle media outlets sponsored by Qatar," he added.

© REUTERS / Marius Bosch
Who Stands in the Way of Iran-Qatar Rapprochement
Earlier this week, the Qatar News Agency (QNA) published a news article quoting al-Thani as saying, among other things, that Iran is an "Islamic power" that has played a positive role in stabilizing the region. In addition, the Qatari emir supposedly described relations with Israel as "good" and called Hamas the "legitimate representative of the Palestinian people."

Grigory Kosach, a professor at the Russian State University for the Humanities, told Sputnik that Qatar wants to become the second center of power among Sunni states, something Saudi Arabia is vehemently opposed to. "This standoff is not the first of its kind," he said.

"Doha and Riyadh do not see eye to eye on many issues. Unlike Saudi Arabia, Qatar does not consider Hezbollah or the Muslim Brotherhood to be terrorist organizations. There are nearly no Shia in Qatar. This is why it is easier for Doha to find common ground with Iran. Moreover, it has to foster closer relations with the Islamic Republic in order not to fall under Saudi influence," the analyst said. "In addition, there is competition when it comes to Wahhabism. Qatar's ruling family traces its origins to Mohammed Ibn Abd Al Wahhab, a religious reformist. As a result, the House of Thani claims a special place in this sensitive area."

Iran Likely to 'Be Dragged Into Major Regional Crisis'