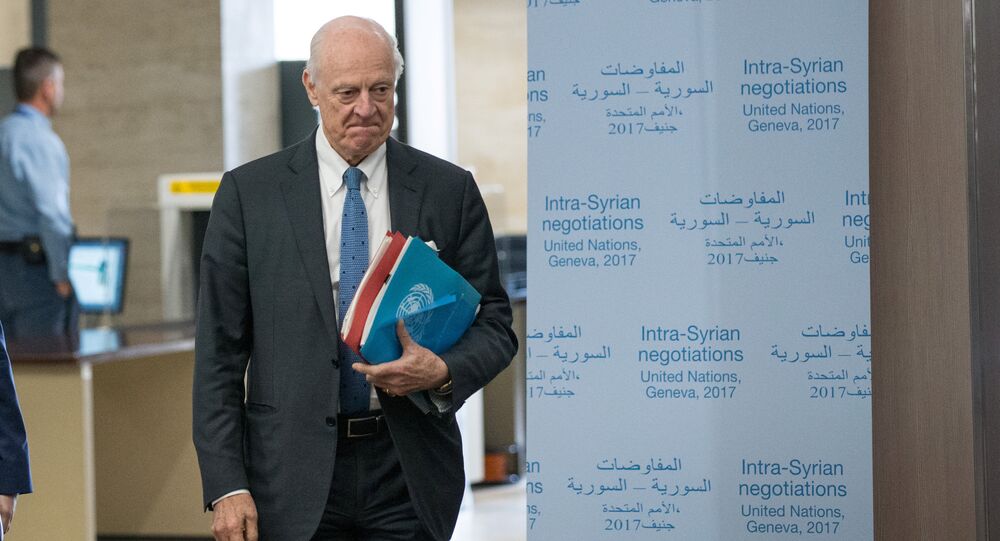 © REUTERS / Xu Jinquan/Pool
De Mistura: Technical Process on Legal, Constitutional Aspects in Syria ‘Up and Running’
MOSCOW (Sputnik) — No specific dates for UN Special Envoy for Syria Staffan de Mistura's visit to Moscow have been agreed upon, but a time line for the envoy's trip may be settled after the dates for the new round of intra-Syrian talks in Geneva are announced, Gatilov said.

"When we have talked to him for the last time, we did not discuss specific dates," Gatilov told reporters.

The deputy minister added that at the present moment, de Mistura's visit to Moscow is not scheduled.

"He has not yet decided on the schedule for the next round in Geneva. When he decides on this, maybe the question of his visit to Moscow will logically arise," the deputy minister said.

As for the new round of the intra-Syrian talks in Geneva, there was no clarity on the issue, Gatilov added.

"There are no specific dates," he told reporters adding that "the month of June was implicitly meant."

The last time De Mistura visited Moscow was on March 23.