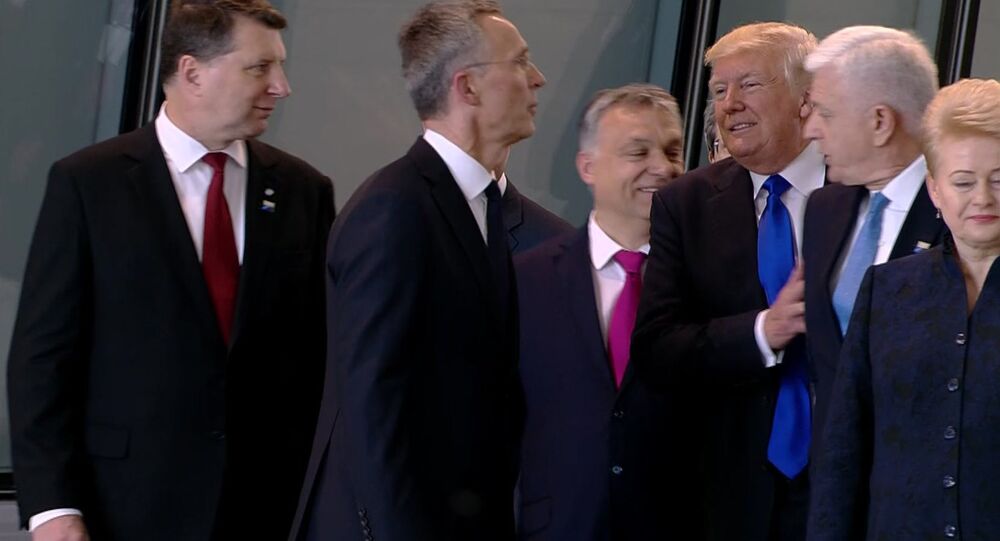 Meeting with NATO leaders in Brussels for the very first time, US President Donald Trump, perhaps afraid of getting lost in the hustle and bustle, was filmed shoving Montenegro’s Dusko Markovic to get to the front of the group.

While some speculate that Trump was trying to make his way to shake hands with NATO Secretary-General Jens Stoltenberg, said handshake never actually happened. Onlookers instead were left to watch a very pleased POTUS fix his lapels as he stoically pointed his chin to the sky.

​Montenegro’s prime minister, on the other hand, at first looks shocked, but after realizing his assailant is Trump, he smiles and pats The Donald on the back.

​Putting America first? Some think so.

​Trump also had an interesting run-in with newly elected French President Emmanuel Macron, and for many, the interaction could not have been more awkward.

​While most handshakes are quick and straight to the point, one White House reporter saw an entirely different show after taking into consideration POTUS’ history with shaking hands.

​Others also chimed in on the cringe-worthy encounter.

​Could the perceived bad blood between the two leaders have something to do with Trump coming just short of "explicitly endorsing" Macron’s rival, Marine Le Pen? The world may never know – but it does seem safe to say there’s definitely something brewing. Check out the rematch that took place later on in the day.

​With The Donald just a few months into his presidency, it’s likely there will be more encounters to send critics into a frenzy. Until then, let’s hope the next foreign leader will be as prepared as the president of Tajikistan.