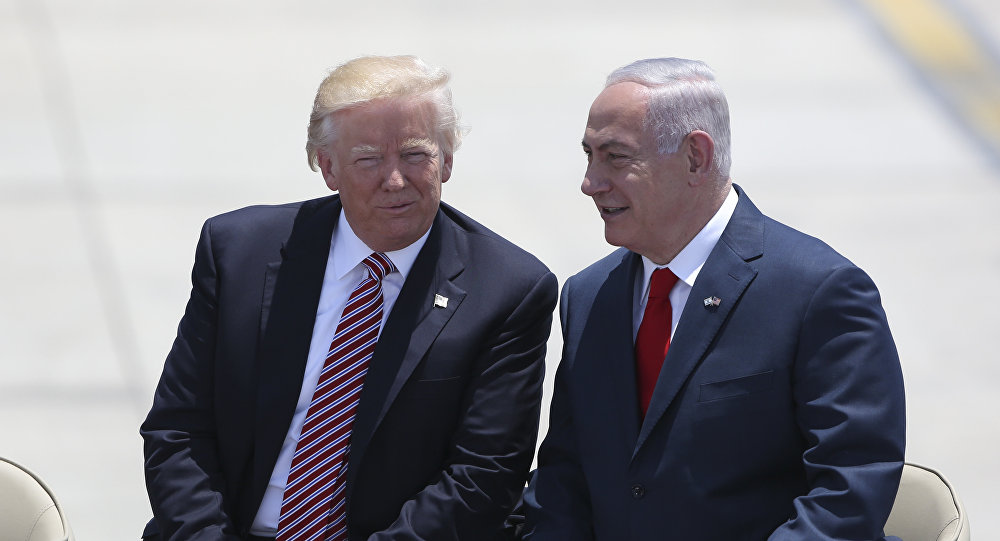 The United States and Israel share the same view that Iran must cut its ties with "terrorists and militias," US President Donald Trump said Monday upon arrival to Israel, a day after blaming Tehran for supporting extremists at an international summit.

© REUTERS / Jonathan Ernst
US Anti-Iran Policy Strengthens Terrorists in Middle East - Foreign Ministry
MOSCOW (Sputnik) — On Sunday, during the Arab Islamic American Summit in the Saudi capital of Riyadh, Trump said Iran had been supporting terrorists, militias and extremist groups that "spread destruction and chaos across the region" and that Tehran was fueling "the fires of sectarian conflict and terror."

The US president accused Iran of providing "safe harbor, financial backing, and the social standing needed for recruitment" to the terrorists, while at the same time mentioning Tehran's alleged vows to bring destruction of Israel and the United States.

"The United States and Israel can declare with one voice that Iran… must cease its deadly funding, training and equipping of terrorists and militias," Trump said in a statement upon his arrival to Israel.

Trump's visit to Israel will last through Tuesday. The president is expected to meet with Israeli Prime Minister Benjamin Netanyahu in Jerusalem on Monday and Palestinian leader Mahmoud Abbas in Bethlehem in the central West Bank on the following day.

All Talk and No Action: Trump Visit to Riyadh Appears to Achieve Little

Trump: 'I Have Come to Reaffirm Unbreakable Bond Between US and Israel'

Netanyahu to Trump: 'Israel Shares Your Commitment to Peace'