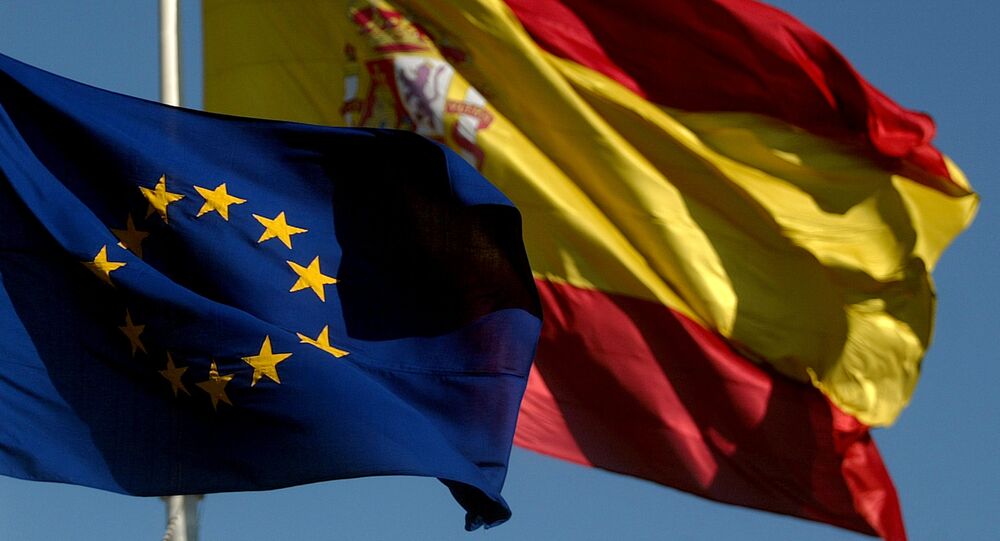 Spain's centrists from the Citizens party are ready to take a proposed law on the cessation of Catalonia from Spain to the Constitutional Court, party leader Albert Rivera said Monday.

MADRID (Sputnik) — Earlier in the day, the El Pais newspaper reported that the Catalan authorities had developed a mechanism that they would use in the process of secession from Spain, regardless whether a referendum on independence, agreed with the Spanish government, would be held or not. The so-called Law of Transition will replace the constitution for two months, while the Catalan parliament would carry out the process of establishing the Catalan Republic.

"This law on secession is unconstitutional and illegal, it is not democratic. It deprives all Spaniards of national sovereignty," Rivera told the Telecinco channel, adding that the law would be contested in the Constitutional Court as soon as it enters into force.

Catalonia’s President Carles Puigdemont is expected to deliver a speech in Madrid later on Monday, calling on the Spanish government to reach an agreement on referendum. Earlier this month, local media reported that Puigdemont would announce the date of the independence referendum this week, and it was likely to be scheduled for October 1.

© Sputnik / Maria Sibiryakova
Madrid to Involve Prosecutors If Catalonia Buys Ballot Boxes for Referendum
In late September 2016, Puigdemont pledged to look for an agreement on independence from Spain. Shortly afterwards, the Catalan parliament voted in favor of two resolutions: one which called on the regional government to hold an independence referendum in the fall of 2017, and the second which aimed at coordinating the autonomous community's conduct with the central Spanish authorities.

In March, Catalonia approved a draft budget which included an allocation of 5.8 million euros ($6.2 million) toward preparations for the independence referendum this year. The Spanish government decided to challenge the budget and launched a probe into the actions of the Generalitat, Catalina's government.

On November 9, 2014, about 80 percent of the Catalans who took part in a non-binding referendum on the region's status as part of Spain voted in favor of Catalonia becoming an independent state. Madrid declared the referendum unconstitutional.