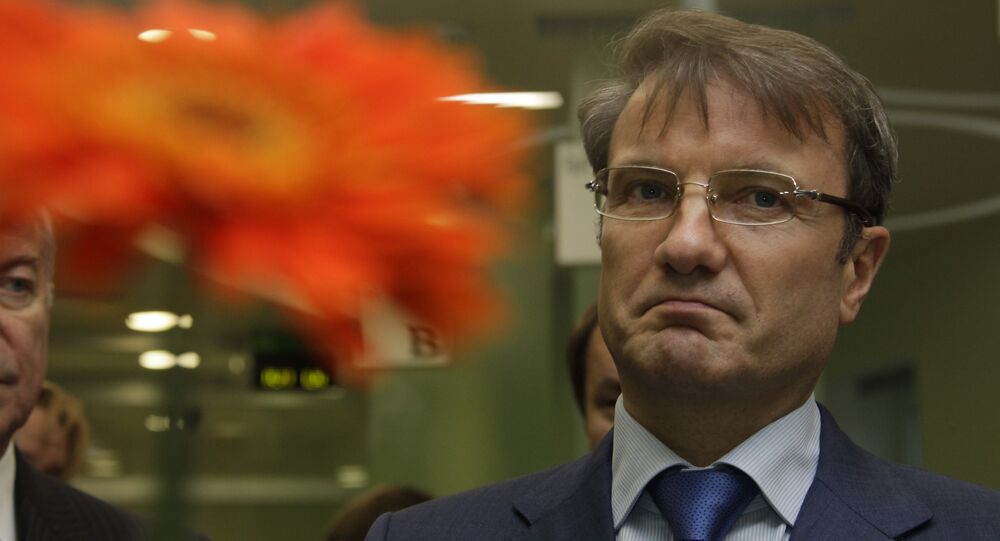 The current state of relations between Russia and the United States is rather complex and there are some signs of Washington's "paranoid attitude" toward Moscow and contacts with Russian officials, CEO of Russia's largest bank Sberbank Herman Gref said Friday.

MOSCOW (Sputnik) — The Sberbank CEO pointed out that some of the statements made by the US officials or media were rather shocking and absurd.

"From what we see here in Russia and from the programs we see from the U.S., the unfolding situation is fairly complex. And there are certain signs of a certain… paranoid attitude to Russia and to every single contact with Russia real or imagined," Gref said in an interview with CNBC broadcaster.

Gref stressed it was too early to judge the success of Donald Trump's presidency, adding that relations between the United States and Russia were unlikely to change for the better. Speaking about anti-Russian sanctions, Gref said they really had a negative impact on Russian economy.

"Well, I have to say that this has had an effect on us in the last two years… The inability to access international markets is painful for us," Gref said.

The Sberbank CEO added that the prospects of sanctions lifting were rather uncertain.

Since the beginning of the United States' most recent presidential race, US media have speculated about Trump's campaign team's alleged ties to Russia and claimed that Russia might have influenced the results of the election.

© Sputnik / Iliya Pitalev
Declassified Humor: Lavrov, CoE Head Joke About Secret Information Handling (VIDEO)
In January, the US intelligence community presented a report on Russian activities, expressing, with a high degree of confidence, that Russia's goal was to influence the election so that Trump would win. In March, then FBI Director James Comey said that the investigation into the the alleged links between Trump's team and the Kremlin had begun in July 2016.

Speculations about Russian interference have already led to the resignation of National Security Adviser Michael Flynn, who was accused of having ties with Russia after it was revealed that he had misled senior Trump administration officials about the extent of his conversations with Russian ambassador to the United States Sergey Kislyak.

Earlier in May, Trump fired Comey over the poor handling of the investigation into the Hillary Clinton private server and email scandal. However, many believe that the decision is connected with the Russian probe, as Comey reportedly was seeking funding to extend the bureau’s inquiry.

Russian officials have repeatedly denied charges of interfering in the US elections, saying the allegations are absurd and represent an attempt to divert the US public’s attention from revealed instances corruption as well as other pressing domestic issues.