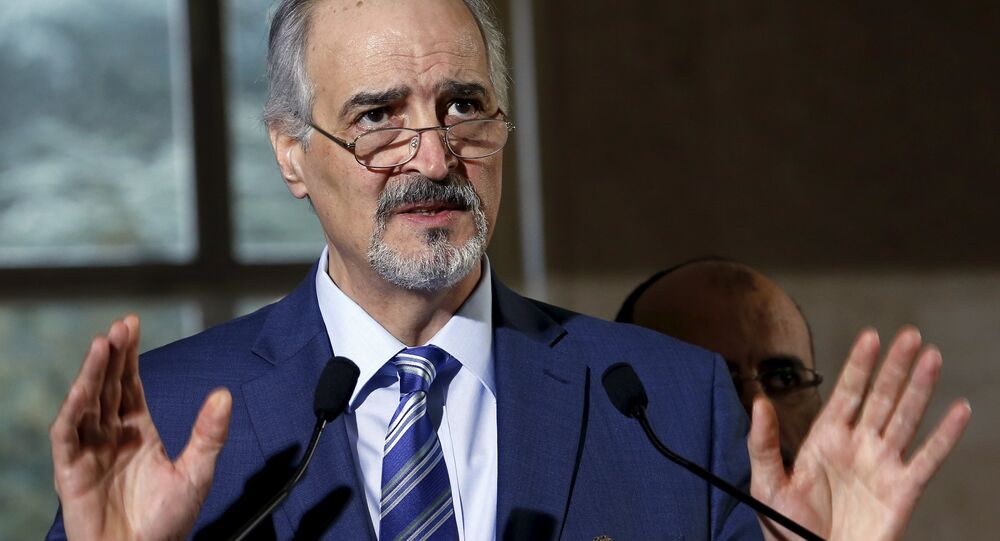 US-led coalition's attack on Syrian convoy on Thursday was an act of 'government terrorism', Bashar Jaafari, head of the Damascus delegation to the intra-Syria talks in Geneva, said Friday.

On May 18, the US-led coalition struck the pro-Assad fighters near the town of al-Tanf in the area of an established deconfliction zone with Russia.

Jaafari told reporters in Geneva that he had raised the issue of the "act of aggression" on the US' part in talks with UN mediator Staffan de Mistura.

"We discussed the massacre that the US aggressor committed yesterday in our country. This subject was widely discussed," Jaafari said. "The important thing is that our political ambition is higher because we want to focus on fighting terrorism represented by armed groups and the state and government terrorism happening against our country. This includes the American aggression, French aggression and British aggression."