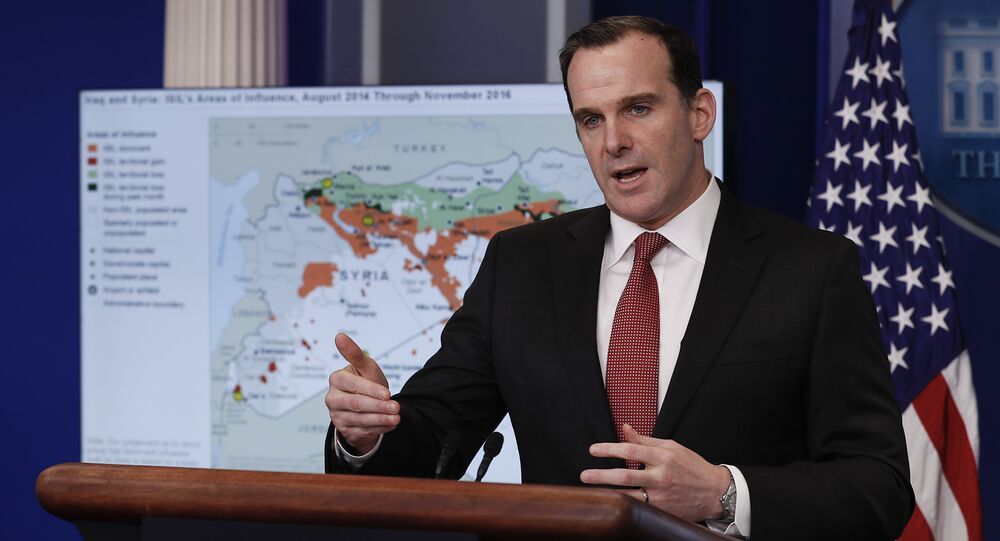 Brett McGurk, the US special envoy to the coalition against Daesh, "obviously" supports the Kurdistan Workers' Party (PKK), considered a terrorist organization in Turkey, and the Syria-based Kurdish militia People's Protection Units (YPG), so replacing him could be useful, Turkish Foreign Minister Mevlut Cavusoglu said Thursday.

ANKARA (Sputnik) — The Turkish foreign minister noted that US President Donald Trump's administration was different from that of his predecessor, Barack Obama, but some people stayed on and they should not be influencing the new leadership.

"McGurk obviously supports PKK and YPG and replacing him would be beneficial," Cavusogu said, as aired on the NTV broadcaster.

Erdogan told Trump that Turkey opposes the US' decision to arm Kurdish fighters in Syria, while Trump said that Washington supports Ankara in the fight against Daesh and the PKK.

Ankara considers YPG an offshoot of the PKK, which is recognized as a terrorist organization by both Turkey and the United States.