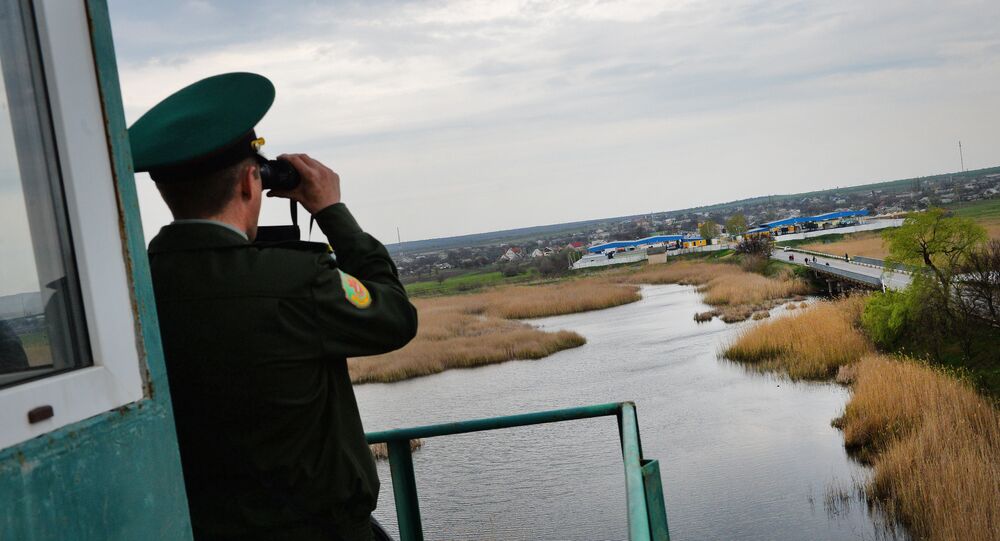 The intention to establish joint Moldovan-Ukrainian checkpoints on the Transnistrian section of the border may lead to a violent phase of the conflict in the region, and the unrecognized republic might have to ask Russia to ensure security at the joint checkpoints, Transnistrian Foreign Minister Vitaly Ignatyev told Sputnik.

TIRASPOL (Sputnik) — During Moldovan Prime Minister Pavel Filip's visit to Kiev on February 13, an agreement was reached with the Ukrainian authorities to speed up work on establishing joint control on the Transnistrian section of the border. It is expected that the first such checkpoint, Kuchurgan, will start operating by the end of the year.

"The consequences will be fatal, plus the security factor, when Moldovan security officers appear on the eastern border of Transnistria. The question who guarantees against various provocations is open," Ignatyev said.

Transnistria, a region with a predominantly Russian and Ukrainian population, broke away from the Soviet Republic of Moldova in 1990, fearing the country might seek to reunify with neighboring Romania. The move triggered a war that ended in a ceasefire in July 1992 but the conflict has remained unresolved.