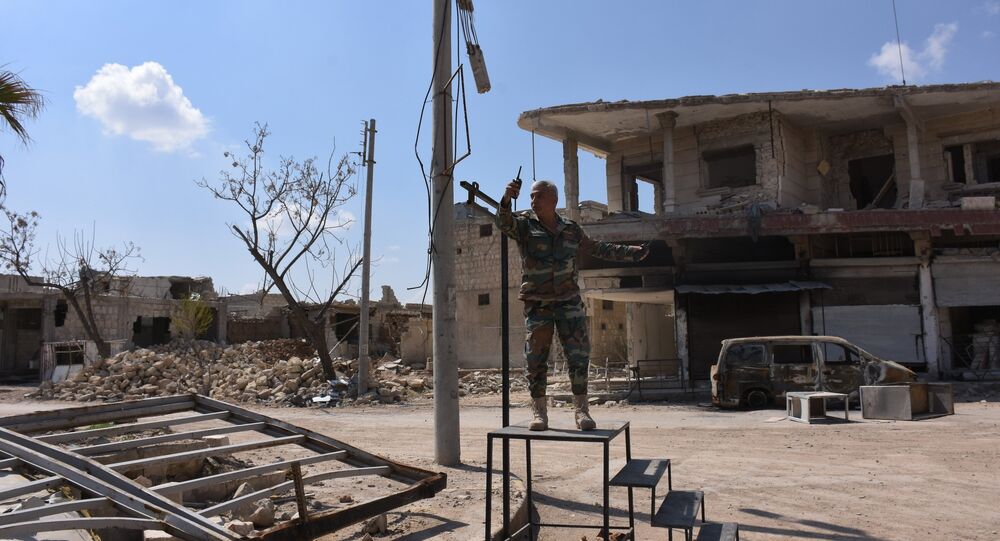 Leaders of Egypt, Jordan Back Establishment of De-Escalation Zones in Syria

Egyptian President Abdel Fattah Sisi and King Abdullah II of Jordan supported on Wednesday the establishment of the de-escalation zones in Syria agreed on during recent Astana talks on Syria settlement.

© Sputnik / Aleksandr Yurev
Riyadh Expresses Support to Creation of De-Escalation Zones in Syria
CAIRO (Sputnik) — Leader of Egypt and Jordan also supported the negotiations on the Syria conflict settlement in Geneva the recent round of which kicked off on Tuesday and was expected to last four days. Sisi and King Abdullah pointed out that searching for a political solution to the conflict, which would guarantee the preservation of Syria's territorial integrity remained a priority.

"The parties welcomed an agreement on the establishment of four de-escalation zones in Syria, agreed on in Astana, and reaffirmed support for the efforts aimed at ending the violence and improving the humanitarian situation," the leaders said in a joint statement after the talks.

At the latest Astana meeting on Syria on May 3-4, three ceasefire guarantor states — Russia, Turkey and Iran — finalized and signed a memorandum on establishment of four safe zones in Syria. The four zones span the northwestern Idlib province and parts of the neighboring Latakia, Hama and Aleppo, the north of the central Homs province, Eastern Ghouta near Damascus, as well as southern Daraa and Quneitra regions. The memorandum came into force on May 6.

Syrian settlement talks take place on two parallel platforms: the UN-mediated Geneva talks, and the Astana talks, brokered by Russia, Turkey and Iran. The three aforementioned states are the guarantors of a nationwide Syrian ceasefire regime that came into force on December 30, 2016. The previous round of the Geneva talks took place on March 23 — March 31.