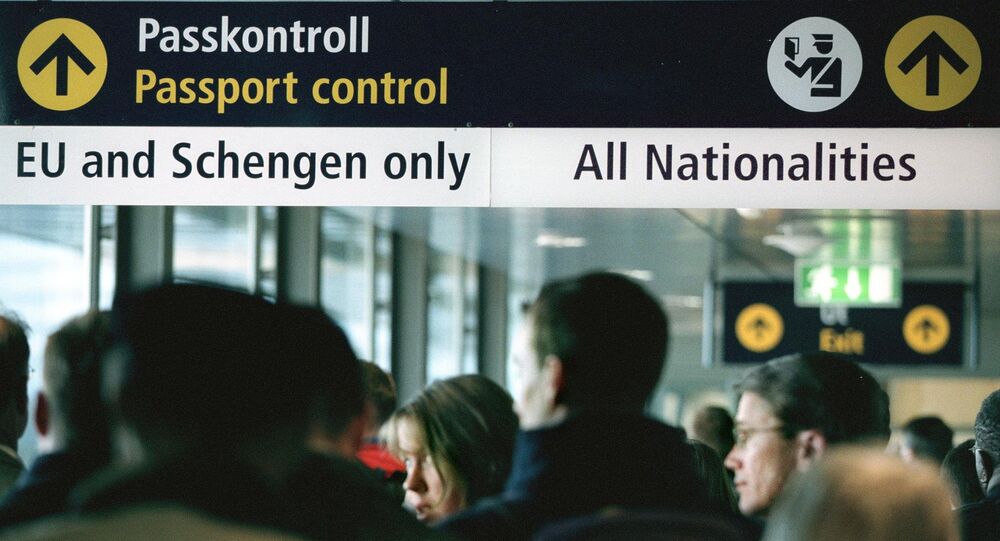 Europol says it has helped national law enforcement agencies dismantle a criminal network that had been smuggling migrants into Europe and providing them with false identification documents for over a decade.

The criminal gang is accused of facilitating the illegal entry of migrants from countries ravaged by Western imperialism, including Afghanistan, Iraq and Syria, to Europe and the Schengen area, via the production and supply of both false and stolen documentation. It's estimated victims between US$2,220 — $3,330 (€2,000 — €3,000) for each document.

​Police from Belgium, Greece and Spain were assisted by Europol and Eurojust, the EU's Judicial Cooperation Unit, in the effort. Eight members of the enterprise were arrested — seven in Spain (including the gang's leader), one in Greece — in a simultaneous action. In total, eight houses were searched — five in Madrid, two in Athens and one in Brussels — resulting in the seizure of US$110,000 (€100,000) in cash, numerous documents, money transfer receipts, data storage devices and mobile phones.

​Dubbed Operation "Yoghi," the investigation began in 2015, when Spanish investigators arrested an individual in Spain accused of couriering false documents between Madrid and Athens. Investigations revealed the arrestee was a member of an organized crime group involved in migrant smuggling with connections to a number of EU countries. The network's leader, a Syrian, supervised the transportation of migrants within different EU countries, mainly in Northern Europe. He alternated his residence between Spain and Belgium in order to avoid arrest by the police. His brother, who operated from Greece, was responsible for producing and distributing forged and stolen travel documents via a veritable falsification factory in Greece.

The investigation was supported by Europol's European Migrant Smuggling Center, with two Europol experts deployed to Spain and Greece and equipped with mobile offices to support operations on the ground, allowing for real-time information exchange and cross-checks of data gathered against Europol databases, and forensic support.

Europol's Serious & Organized Crime Threat Assessment for 2017 identified document fraud as a key criminal activity linked to the migration crisis. Increasingly, migrant smuggling networks are offering bespoke travel services, including high-quality forgeries of travel and identity documents, and even residence permits. A 2016 EU Drug Markets Report found the illicit income from the drug trade is often the source of funding for migrant smuggling networks — Europeans spend at least €24 billion (US$27 billion) annually on illegal highs, making it a significant profit-generator for the criminal fraternity. Some migrants are even forced to work in drug factories to work off their "debts" to smugglers, effectively perpetuating the trade.

​However, it may be that refugees are being pushed into the murky tentacles of criminal gangs by the EU's failure to deal effectively with the crisis that has raged on its nearly every periphery since 2010.

Numerous reports produced by humanitarian organizations, such as Amnesty International, have noted the EU's efforts to stem the flow of migrants across its borders — including the criminalization of humanitarian assistance for refugees — has put their lives at risk. Despite these measures, at least 53,000 migrants crossed the Mediterranean into Europe between January and May in 2017.