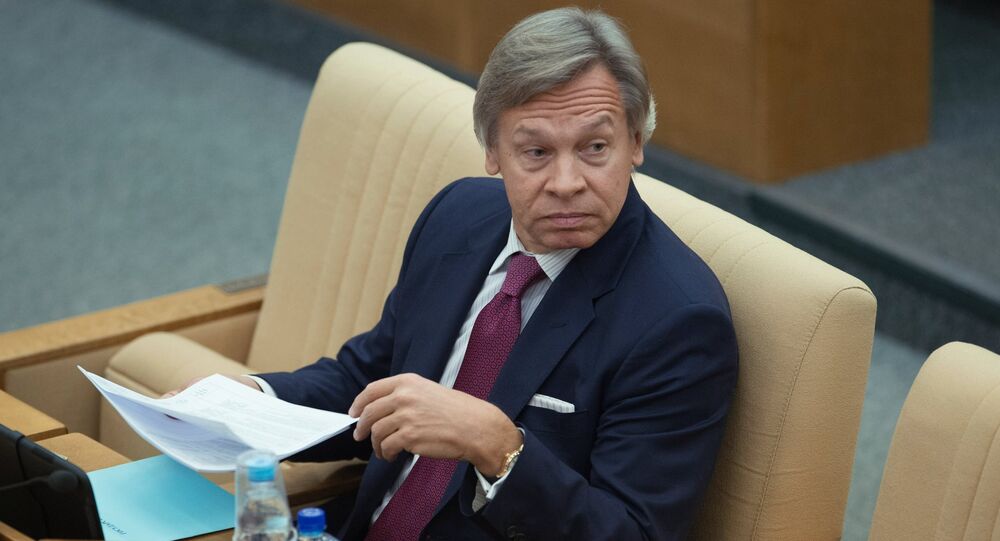 "This contradicts all European conventions on freedom of information and freedom of opinion, which Ukraine has signed earlier," Pushkov said.

Pushkov noted that Kiev's move also violated European conventions on freedom of expression despite Ukraine’s attempts to "integrate" into the European Union.

The senior member of the Federation Council, Russian parliament's upper house, also described Kiev’s extension of the list of sanctions against Russian individuals and legal entities as useless, adding that he was unaware of what kind of goals Ukraine could be pursing by expanding the list.

© Flickr / SerenityRose
Ukraine's New Anti-Russia Sanctions Targeting Media Violate Media Freedom - IFJ
Pushkov himself has been included on the list of sanctioned individuals for the third year in a row.

While Ukraine has long been seeking EU membership, the bloc does not rush to accept new states before all of it requirements are fulfilled. A significant step toward receiving membership is visa liberalization, and in April, the European Parliament took that step with Ukraine. However, since EU legislation protects the freedom of expression and information, Ukraine’s sanctions against media may have a negative effect on the prospects of its desired membership.

The relations between Russia and Ukraine became strained and resulted in introduction of several rounds of sanctions in 2014, after Crimea became part of Russia and Moscow was accused of alleged meddling in the conflict between the eastern Ukrainian militias and Kiev. Russia has repeatedly stated that it is not a party to the Ukrainian domestic conflict and is not involved in the events in the region.