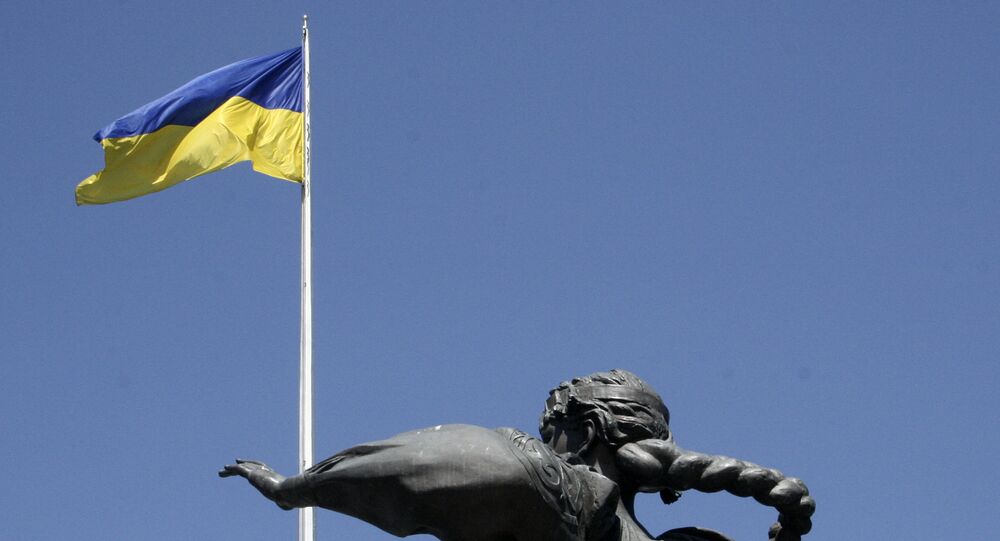 Ukraine’s new anti-Russia sanctions against some media outlets are a violation of media freedom, censorship is never a proper reaction, the International Federation of Journalists (IFJ) told Sputnik.

BRUSSELS (Sputnik) – Earlier in the day, Ukrainian President Petro Poroshenko enacted the decision of the National Security and Defense Council of Ukraine (NSDC) to expand the list of sanctioned Russian individuals and legal entities and to extend the duration of these sanctions. Rossiya Segodnya International Information Agency, TV channels Zvezda, TVC, NTV Plus, RenTV, RBC and others are among the sanctioned entities.

"We have repeatedly condemned violations and limitations of media freedom in Ukraine. As far as these new violations are concerned, we must analyse them first. Our principled position is that censorship is not a proper reaction in any way," the organization said.

Kiev has imposed several rounds of anti-Moscow sanctions citing Russia's alleged meddling in the Ukrainian affairs. Russian officials have repeatedly refuted the allegations of both Kiev and its Western partners. Commenting on Tuesday's decision of the Ukrainian authorities, Kremlin spokesman Dmitry Peskov said Moscow regarded Kiev's decision to expand sanctions against Russian individuals and legal entities as another manifestation of an unfriendly and short-sighted policy against Russia.