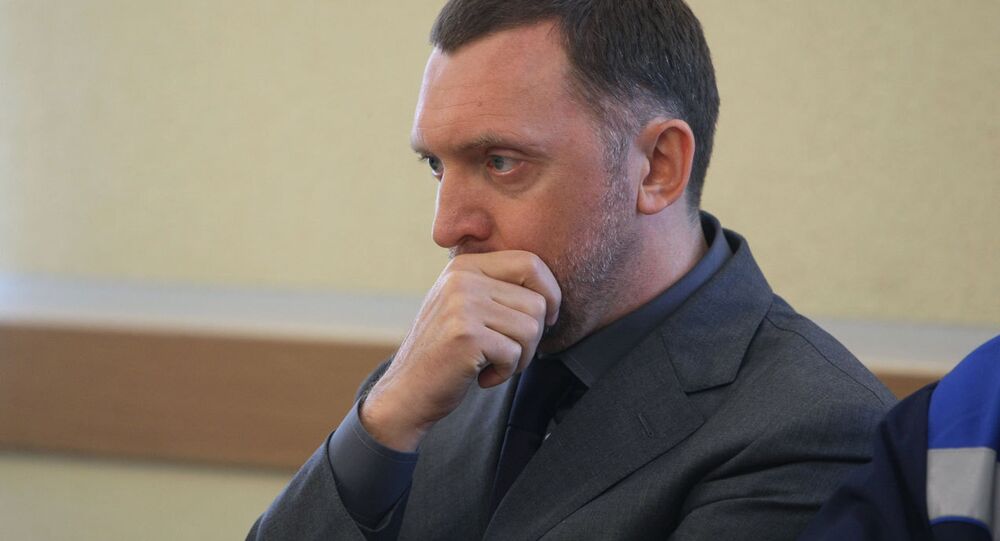 Russian billionaire Oleg Deripaska filed a lawsuit against the New York-based Associated Press news agency for its refusal to clarify and retract a defamatory article about his ties with Paul Manafort, US President Donald Trump’s former campaign manager.

© AP Photo / J. Scott Applewhite
US Justice Department Sought Trump Campaign Chair Manafort’s Bank Records
WASHINGTON (Sputnik) — In March, Jeff Horwitz and Chad Day, writers in the AP local news bureau in Washington, DC, published an article claiming the news agency had obtained information about Manafort's annual contract with Deripaska that was signed in 2006 and worth $10 million. The news outlet said the obtained documents, allegedly authored by Manafort, implicated him in work to "greatly benefit the Putin government" by furthering its interests in the United States and Europe as well as former Soviet states. The relationship continued at least until 2009, according to AP.

"On March 22, 2017, the AP, by and through its writers Jeff Horwitz and Chad Day, published an article (hereinafter the "Article") that falsely accused Mr. Deripaska of involvement in criminal acts and other improprieties… The requested retraction would have clarified that the AP is aware of no evidence, of any kind, to suggest that Mr. Deripaska and Mr. Manafort had a contractual relationship to advance the interests of the Russian government," the court materials said, as quoted by the Politico newspaper on Monday.

The businessman said the claims of his pro-Kremlin agenda was "a lie" and asked through his attorney that AP issue a correction and retraction. This request was made in order to clarify two points: firstly, that Deripaska and Manafort had never signed contracts that aimed at advancing the interests of the Russian government; and secondly, that all relations between the two men ended long before Trump's election campaign. The AP refused the request, leading to Deripaska's lawsuit, in which the billionaire requests "an appropriate amount in monetary damages."