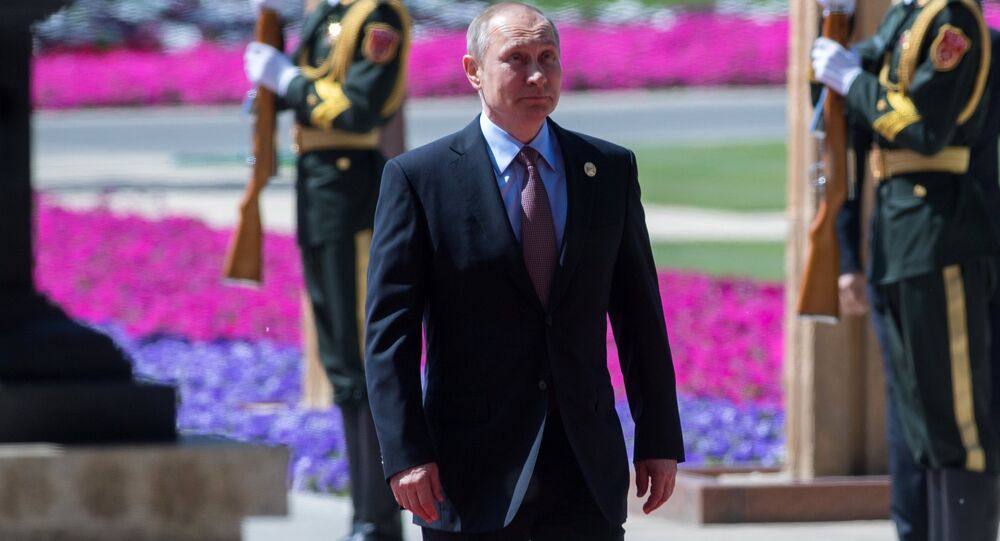 Russia Not Involved in Recent Major Cyberattack, Ransomware Originated in US

The ransomware, which was used in a recent major cyberattack, originated in the United States thus it is strange to hear accusations of Russia's alleged involvement in the attack, Russian President Vladimir Putin said Monday.

BEIJING (Sputnik) — On Friday, the Kaspersky Lab IT company registered about 45,000 ransomware attacks in 74 countries worldwide, with the largest number of targets in Russia. The company reported that the attack was carried out with the use of ransomware dubbed WannaCry. The malicious software has reportedly infected computers in up to a hundred countries and tried to extort users' money.

"[The hacker attack] is a matter of concern. As for the source of those threats, in my opinion, the Microsoft authorities clearly stated… that the special services of the United States were the primary source of this virus. Russia has nothing to do with it. I am surprised to hear anything else in these circumstances," Putin said at a press conference at the end of his visit to China.

Putin stressed that the current situation served as a good example of searching for someone guilty in a wrong place.