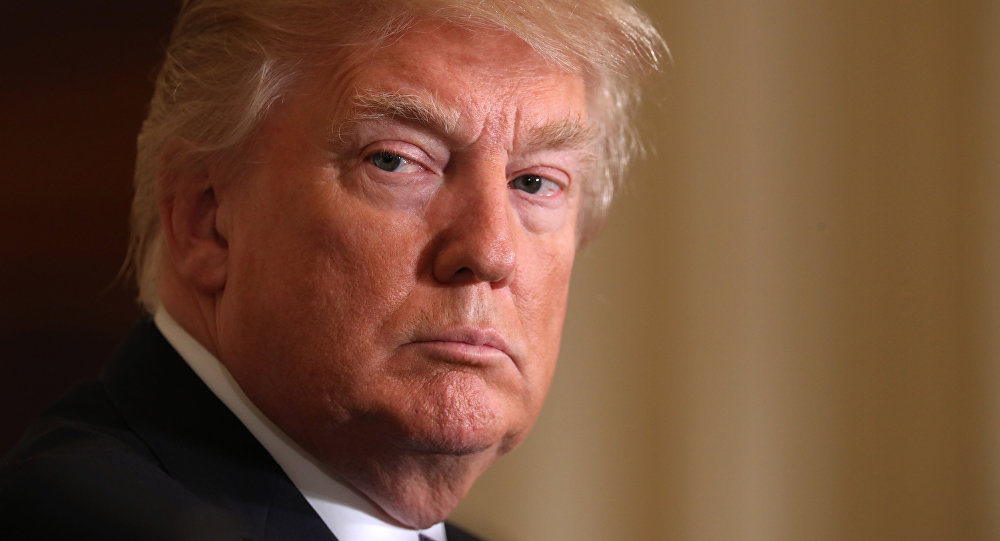 US President Donald Trump said Sunday he "cannot imagine that Russia is pleased" with North Korea's latest missile test, as it was conducted in the vicinity of the Russian border, the White House announced.

WASHINGTON, May 14 (Sputnik) — The US presidential administration cannot say that Moscow is pleased with the latest missile test by North Korea, as it was carried out close to the Russian borders, the White Hose said in a statement Sunday.

"The President [Donald Trump] has been briefed on the latest missile test by North Korea. With the missile impacting so close to Russian soil – in fact, closer to Russia than to Japan – the President cannot imagine that Russia is pleased," the statement said.

The White House also said in the statement that the international community should impose more strict sanctions against North Korea over the latest missile test.

"North Korea has been a flagrant menace for far too long. South Korea and Japan have been watching this situation closely with us. The United States maintains our ironclad commitment to stand with our allies in the face of the serious threat posed by North Korea. Let this latest provocation serve as a call for all nations to implement far stronger sanctions against North Korea," the statement said.

© AP Photo / Lee Jin-man
'It Could Be a New Type of Missile': Japanese Defense Minister Says DPRK's Projectile Altitude Could Exceed 1,200 Miles
Earlier in the day, media reported citing the South Korean Joint Chiefs of Staff that Pyongyang had launched an unidentified missile, presumably a ballistic one, in the vicinity of Kusong, North Pyongan Province, which flew about 430 miles and fell in the Sea of Japan.