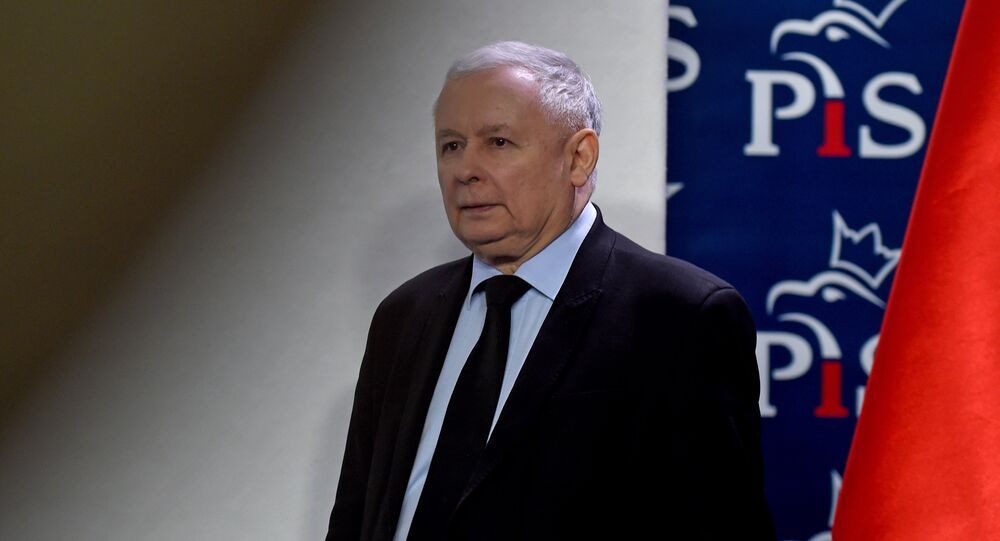 "[Gójska-Hejke] informed readers that 'McCarthy's commission tracked down Soviet influence in the US administration.' However, she shied away from saying that while fighting the 'internal threat of Communism' in 1950-1954 in the United States McCarthy launched an all-out witch-hunt with most of those accused having nothing to do with Communism," Pietka wrote.

Indeed, among those thrown under the bus of McCarthy's political ambitions were renowned physicist Albert Einstein, legendary filmmaker, and comic actor Charlie Chaplin, composer Leonard Bernstein and many other famous people.

Does Gójska-Hejke really want to create an atmosphere of fear and intolerance in Poland and whom exactly Gazeta Polska's deputy chief editor is intended to target?

First and foremost, she wants to punish those journalists and publicists who do not believe that the crash of former President of the Republic of Poland Lech Kaczynski's plane was a political assassination, Pietka noted.

On April 10, 2010, the Polish presidential Tu-154M carrying Kaczynski, his wife, and a number of high-ranking Polish officials crashed as it attempted to land at an airfield covered in heavy fog near Smolensk. All 96 people on board died.

Sputnik Poland got in touch with the political commentator to find out whether Warsaw is really sliding towards the abyss of McCarthyism.

"While [McCarthyism] has not yet become trendy, we hear voices of people with radical views and, most importantly, with anti-Russian sentiments, who are close to the ruling party," Pietka responded, expressing his growing concerns about the matter.

While delivering his speech at the event Jaroslaw Kaczynski claimed that the "truth" about the tragedy will eventually find its way out.

In the eyes of the ruling PiS party, the "truth" means a conspiracy theory which claims that Moscow has had a hand in the catastrophe. Furthermore, Warsaw has recently announced that it had restarted its investigation into the incident, in an attempt to pin the blame on Russia.

On April 3, 2010, Poland's Public Prosecutor's Office prosecutors announced they had obtained evidence against Russian air traffic controllers which indicated that Moscow had "deliberately provoked" the disaster.

In response, Russian Foreign Ministry reminded Warsaw that an independent investigation showed that Russian air traffic controllers were not involved in the crash.

"We assume that the true causes of the crash near Smolensk were established and reflected in the International Aviation Committee of January 12, 2011, following a carefully-conducted investigation. The investigation showed that the Russian air traffic controllers were not involved, and Warsaw knows this very well," Russian Foreign Ministry spokeswoman Maria Zakharova said.

While it is obvious that the Polish ruling party's claim does not hold water, PiS continues to push ahead with its controversial narrative.

"Unfortunately, Jaroslaw Kaczynski and the political party he leads use the tragedy that occurred near Smolensk on April 10, 2010, as a kind of impetus for mobilizing his political electorate," Pietka explained, "I think it's clear to Kaczynski himself and many of his supporters that what had happened near Smolensk was an accident with many victims, for which the Polish side is responsible."

However, although they know the truth,  they continue to insist that it was an assassination to mobilize their voters and to boost Russophobia in the Polish society, the political commentator remarked.