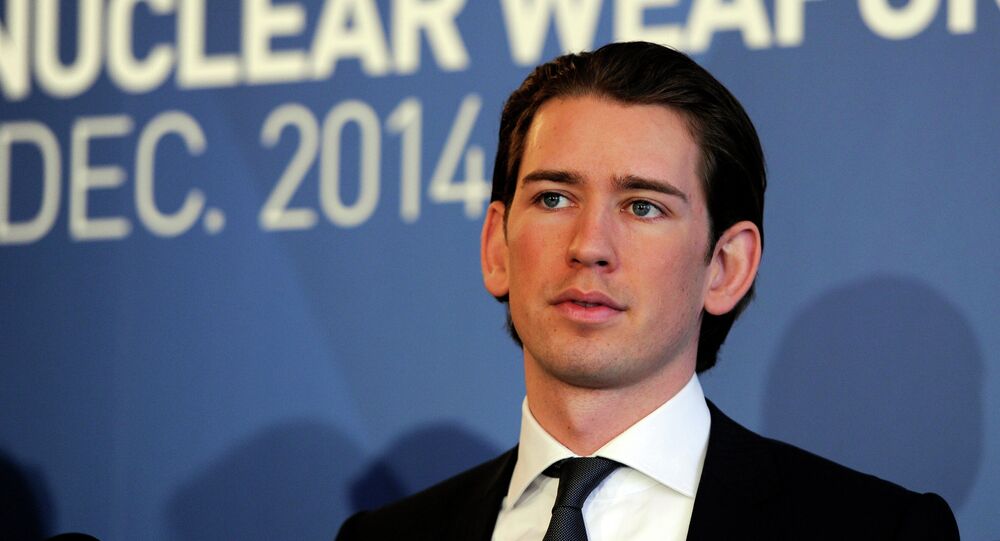 VIENNA (Sputnik) — On Wednesday, Mitterlehner, who was also the country's economy minister and chairman of the Austrian People's Party, announced his resignation from all posts.

"New elections is the only right way for changes," Kurz told reporters.

Kurz, who is projected to become the party's new leader, did not elaborate on whether or not he intended to take up the post, but did note that the party needed internal reforms.

"I am not the OVP leader and I cannot speak for them. I do not have a clear image of the party's future. However, whoever the leadership is, the things cannot go on as it had been before," Kurz added.

Austria's coalition government is formed by the Social Democratic Party of Austria (SPO) and the OVP. After Mitterlehner's resignation, Austrian Federal Chancellor Christian Kern proposed to the OVP and Kurz to continue their work within the coalition government.

The party's meeting to appoint the new leader is expected to be held on Sunday.