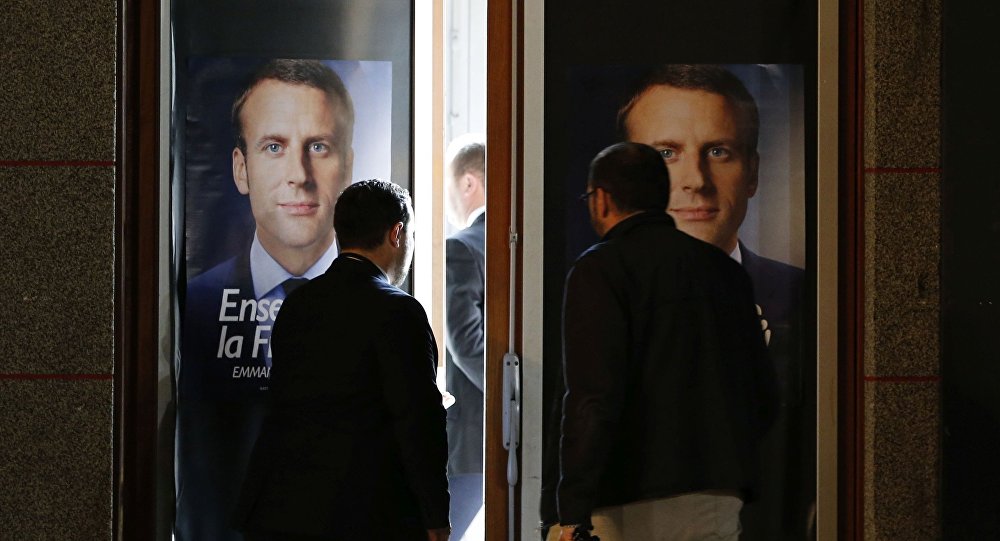 The publication of thousands of emails from accounts belonging to officials from Emmanuel Macron's election campaign became the icing on the cake in a race already mired in scandal and intrigue. Speaking to Sputnik, intelligence expert Eric Denece explained why the claims that Russia was somehow involved may very well be a CIA false flag operation.

While the identity of the hackers remains unconfirmed, some politicians and media have already rushed to point the finger at Russia, as part of the months-long campaign to blame Moscow for 'meddling' in elections across the West– whether in the US, the UK, the Netherlands, Germany, and now France.

WikiLeaks' publication of metadata from the leaks, purporting to show the name of an employee of a Russian cybersecurity contractor, further emboldened the 'Russia did it' crowd, even though cybersecurity experts have stressed that it's elementary practice for foreign intelligence services to artificially insert such code to cover their tracks.

© AFP 2019 / PHILIPPE WOJAZER
French president-elect Emmanuel Macron waves at supporters as he arrives on stage before delivering a speech in front of the Pyramid at the Louvre Museum in Paris on May 7, 2017, after the second round of the French presidential election.

Eric Denece, a leading French intelligence and espionage expert and director of the French Center for Research & Intelligence, spoke to Sputnik France about the Macron leak, the allegations of the 'Russian trace', and the scandal's implications for the future of Russian-French relations. 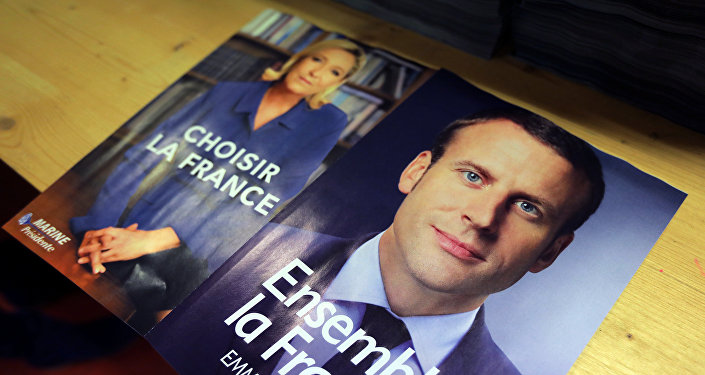 © REUTERS / Eric Gaillard
WikiLeaks Establishes Authenticity of Nearly 20% of Documents From Macron's Camp
To begin with, Denece exclaimed that he was struck not only with the media's reaction to the hacks, but by the very fact that the hacking and leaks took place the way they did.

"We understand very well how difficult it is to influence elections in a democratic country. One can try to destabilize a candidate, but to do so it's necessary to have something to go off," the security expert noted.

"We saw that this worked with [the candidate] Francois Fillon, since he did not prepare for the elections in a sufficiently serious manner. But we also saw that this did not work in the case of Donald Trump; and in the case of Macron it looks like complete nonsense. What I mean is that it is nonsense to suggest that the Russians were systematically trying to prevent Macron from coming to power….This is just utter nonsense," Denece stressed. 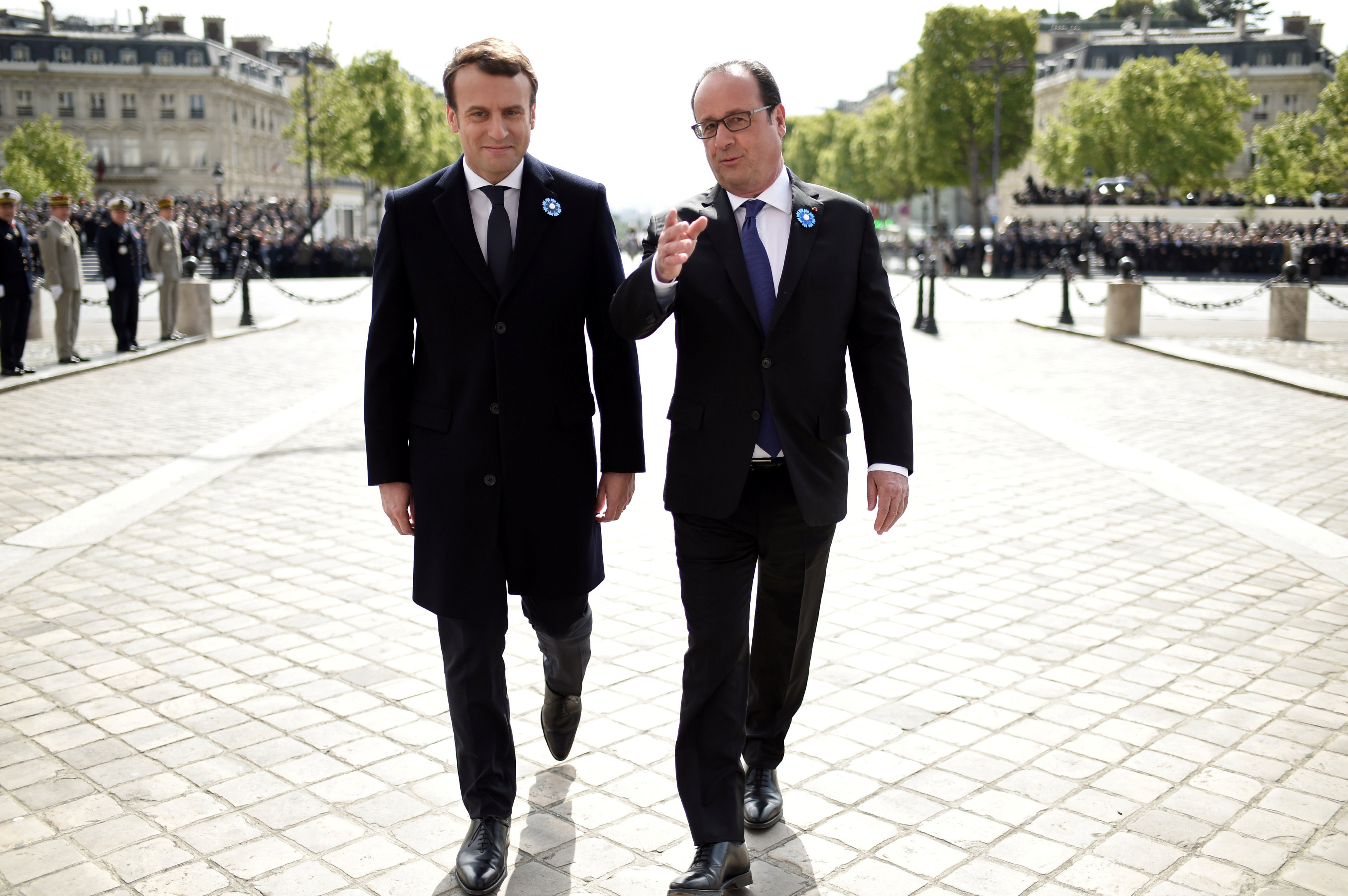 © REUTERS / Stephane De Sakutin/Pool
Outgoing French President Francois Hollande (R) and President-elect Emmanuel Macron attend a ceremony to mark the end of World War II at the Tomb of the Unknown Soldier at the Arc de Triomphe in Paris, France, May 8, 2017.

The security expert explained that "with respect to Macron, there was no effort at destabilization in its pure form. It's possible that no one even sought to destabilize him, but that there was a desire by some third party (the Americans, for example) to ruin the new president's relationship with Russia before he even takes office. [The goal would be] to prevent any changes in foreign policy or any kind of rapprochement with Moscow."

© REUTERS / Pascal Rossignol
'A Better Future': Why Syria's French Voters Chose Le Pen Over Macron
"In other words, it's possible that what we're seeing is an operation whose real purpose is not to destabilize the candidate, who in any case won the election anyway, but rather to prevent the establishment of normal relations between Paris and Moscow," Denece emphasized.

Earlier this year, WikiLeaks revealed the existence of a CIA anti-digital forensics tool used by the agency to disguise CIA hacks with traces of Russian, Chinese, Arabic or other languages in metadata code to divert attention from their own hacks against foreign actors.

The US foreign intelligence service, in Denece's words, is well-known for its unscrupulous behavior not just abroad, but inside the US itself. "We know with almost 100% certainty that the CIA tried to destabilize Donald Trump by planting the false letter from 'Russian hackers' during the debates, and also with the help of the hack attack against the computers of the Democratic Party." 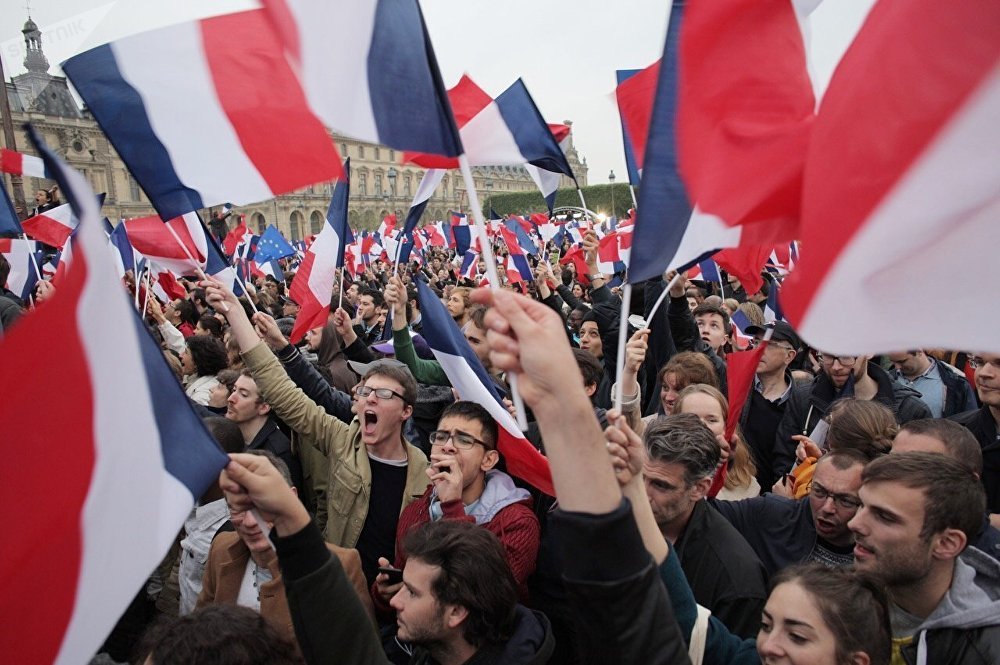 © Sputnik / Irina Kalashnikova
Supporters of French president-elect Emmanuel Macron react at the Louvre Museum in Paris on May 7, 2017, after the second round of the French presidential election.

"Frankly speaking, such things are not enough to influence the outcome of an election. What can affect the outcome is a long-term operation, in which the entirety of the press, or their editors, is paid to write [positive or negative] stories constantly on a particular candidate; here we are talking about very large-scale operations aimed at destabilization."

© Sputnik / Irina Kalashnikova
All the President's Men: Meet Emmanuel Macron's Closest Allies
In the case of France, Denece suggested that "elections seem to have become a monstrous farce," this fact manifesting itself in the destabilization of the Fillon campaign and the election of Macron. "I don't think there was any operation from abroad to destabilize Macron, and if there was, it certainly didn't harm him."

Ultimately, the expert lamented that as far as France's relations with Russia go, there is a danger that Macron may be gotten at by the French neocons.

"One of Macron's weak points is his knowledge of international politics, as well as questions relating to defense, intelligence and terrorism; these are all areas where he is a complete layman," Denece explained. "At the moment, he is surrounded by people with openly [pro-] American positions – the French neocons. When in recent days the press said that Gerard Araud, a French diplomat working in Washington, might become…the foreign minister, we are talking about one of France's most ardent neocons…Relations with Russia will be bad if Macron is surrounded by people like Araud."

Ultimately, the expert emphasized that for now, "the situation is not conducive to improving relations. But I will remind you that Emmanuel Macron is quite unpredictable…We do not yet know what his foreign policy will be."

WikiLeaks Establishes Authenticity of Nearly 20% of Documents From Macron's Camp