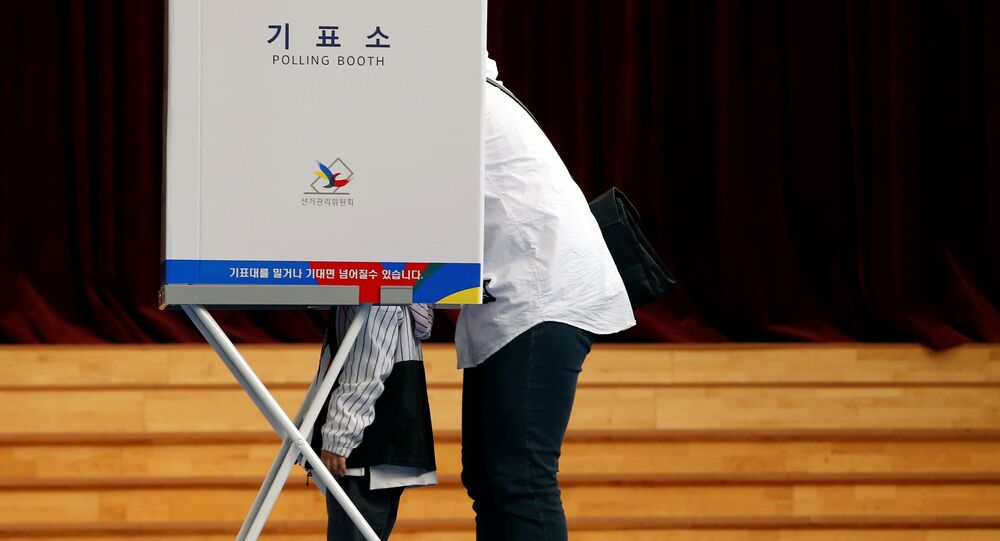 South Koreans Head to the Polls: A New Day for Relations With Pyongyang?

South Korea is holding its first presidential election since the impeachment of conservative Park Geun-hye amid allegations of massive corruption, and the outcome is expected to have profound consequences for the region and the world.

"I think that this is going to be a watershed election. And… not only on the Korean peninsula, but also the entire region of Northeast Asia and also the world," Chun said.

With the country's conservative former president behind bars awaiting trial on corruption charges, the race has become a showdown between liberal candidates Moon Jae-in and Ahn Cheol-soo.

"All polling data and all evidence shows that Moon Jae-in, a liberal candidate and former civil rights attorney, is likely to win the election. And he is a strong proponent of sunshine policy, engagement with North Korea, and diplomacy with North Korea and also making a clear shift from previous hardline policy," Chun said during Becker's Loud & Clear broadcast.

© AP Photo / U.S. Force Korea
US Forces Korea Confirm THAAD Operational, Can Intercept DPRK Missiles
In the last presidential election Moon was the runner up and is currently polling at around 40 percent. His main rival Ahn Cheol-soo, a former doctor and computer software mogul, competed with Moon as an independent to be the single candidate representing liberal camps in 2012, but dropped out at the last minute.

Both Moon and Ahn are critical of the hard line that previous conservative governments have taken with North Korea over the past decade, arguing the approach did nothing to stop Pyongyang from furthering its nuclear weapons and missile development.

​But easing tensions is not in line with the Trump administration's current plan, and the US now is rushing to deploy THAAD before the election.

"They saw the writing on the wall, they fear that Mr. Moon will be elected and that he would not necessarily bow to the dictates of the Pentagon and the Trump administration to deploy this very provocative missile defense system… that is really aimed at China, we have to be honest about this," Bruce Gagnon, writer and coordinator of the Global Network Against Weapons and Nuclear Power in Space, told Becker.

Beijing sees THAAD as a military provocation, which will further escalate tensions in the region. Experts say China also believes the installation may be used against them, in particular as a surveillance tool.

"The whole North Korea situation, I believe, is used as a foil by the United States in order to escalate its militarism in the Asian-Pacific region to aim at China and Russia… It will be very interesting to see what the new administration in Seoul will do under the circumstances."