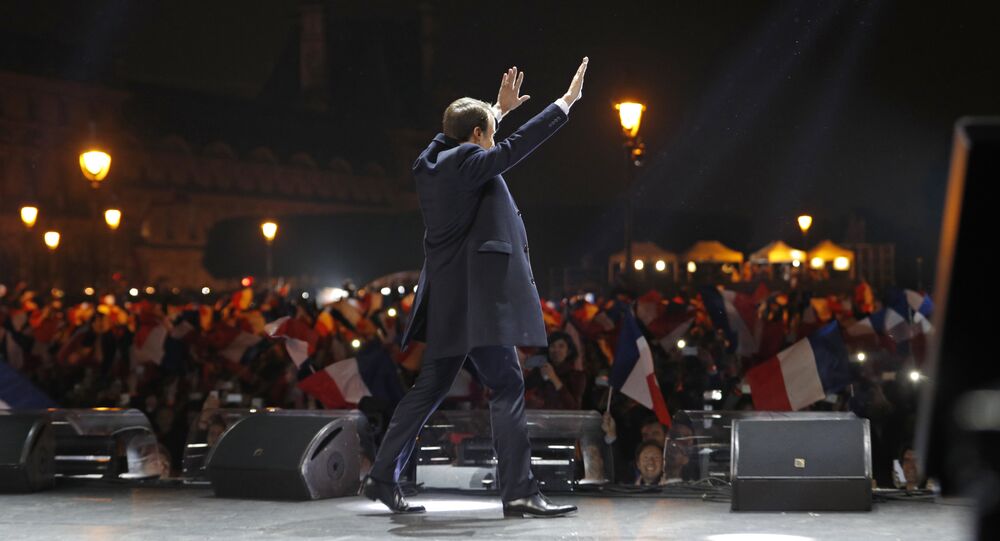 Emmanuel Macron, elected French president on Sunday, does not seem to have a prejudicial attitude toward Russia, Director General of the Franco-Russian Chamber of Commerce and Industry (CCIFR) Pavel Shinsky told Sputnik Monday.

© AFP 2021 / PHILIPPE WOJAZER
Macron Resigns as En Marche! Leader, Interim Leader Appointed
MOSCOW (Sputnik) — Shinsky noted that Russian realities were not as close to Macron as the ones of the United States as he spent quite a lot of time there and in the United Kingdom.

"There are two aspects – one based on his [Macron’s] biography, on what he said during pre-election speeches, the second – on personal impression from communication with him when he met with French businesses in Moscow last year. Then not only me but also others had an impression that he did not have biased attitude toward Russia in general," Shinsky said.

Macron had a rather tough stance on Russia during the election campaign, saying that Paris should not move closer to Moscow. As for the anti-Russian sanctions, France’s former economy minister said they could be gradually lifted in accordance with the progress of stabilization of the situation in eastern Ukraine.

With all votes counted, Macron won French presidential election with 66.1 percent of votes.