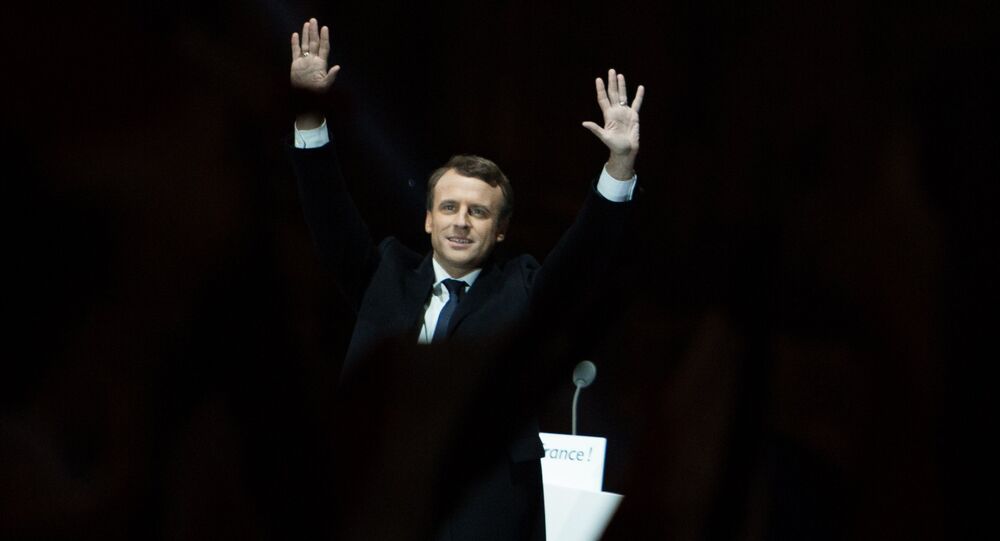 Leaders of states and international organizations congratulated former Minister of the Economy Emmanuel Macron, who on Sunday won the second round of the French presidential election with 66.1 percent of the votes.

Berlin called the results of the French election "a clear signal of dedication to Europe."

UK Prime Minister Theresa May "warmly" congratulated Macron on winning the election, according to the UK government's statement.

"France is one of our closest allies and we look forward to working with the new President on a wide range of shared priorities," the statement read.

US President Donald Trump wrote on Twitter that he was looking forward to working with Macron.

Congratulations to Emmanuel Macron on his big win today as the next President of France. I look very much forward to working with him!

​Russian President Vladimir Putin on Monday expressed readiness for constructive joint work and noted that Macron was elected "in challenging times for Europe and the international community in general."

"The growing threat of terrorism and violent extremism goes hand in hand with the escalation of local conflicts and the destabilisation of entire regions. Against this backdrop, overcoming mutual distrust and joining efforts to ensure international stability and security is especially important," Putin's message to Macron read, according to the Kremlin.

Israeli Prime Minister Benjamin Netanyahu also said he was looking forward to cooperation with Macron and to the opportunity to "confront the common challenges and seize the common opportunities facing our two democracies."

Netanyahu singled out "radical Islamic terror" as one of the threats the two leaders might have to face together.

NATO Secretary General Jens Stoltenberg congratulated Macron via a message on his Twitter.

"Looking forward to welcoming you at #NATOmeeting on May 25 to reinforce transatlantic bond," Stoltenberg added.

Congratulations @EmmanuelMacron on your victory. Looking forward to welcoming you at #NATOmeeting on May 25 to reinforce transatlantic bond.

​Cyprus President Nicos Anastasiades wrote on his Facebook in French that Macron's victory was an important one for Europe and congratulated the president-elect.

© Sputnik / Galina Azule
The Republicans May Win Over FN Voters If Show Staunch Opposition to Macron - Lawmaker
Indian Prime Minister Narendra Modi also congratulated Macron on "emphatic" victory and said he was looking forward to working with him "to further strengthen India-France ties."

Armenian President Serzh Sargsyan sent a congratulatory message saying he was confident that the relationship between Armenia and France would continue developing. Sargsyan stressed that Armenia appreciated France's efforts to help resolve the conflict in Nagorno-Karabakh.

Kazakh President Nursultan Nazarbayev also sent a cable to Macron saying he was confident that France would succeed under the new president's leadership.

President of Uzbekistan Shavkat Mirziyoyev expressed hope that the relationship between France and his country would continue developing.