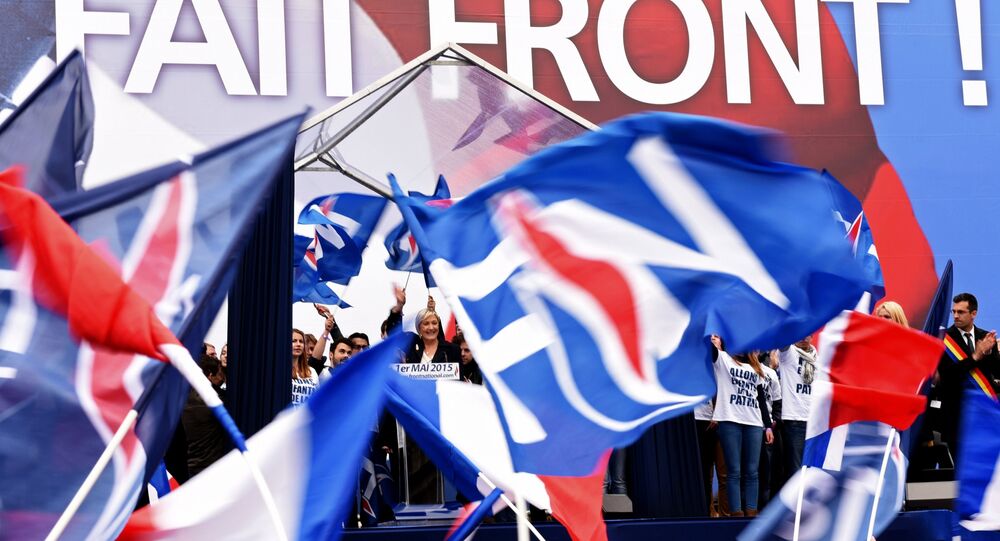 France's The Republicans (LR) party should toughen up its stance against the politics of the next French President Emmanuel Macron in order to win over some of the supporters of the right-wing National Front (FN) party ahead of the upcoming legislative elections, Nicolas Dhuicq, an LR lawmaker, told Sputnik on Monday.

© REUTERS / Maxim Shemetov
What Awaits Syria With Macron as French President
MOSCOW (Sputnik) — On Sunday, FN presidential candidate Marine Le Pen lost to Macron with 33.9 percent of the votes against his 66.1 percent. The presidential runoff took place ahead of the legislative elections scheduled to be held on June 11 and June 18.

"The Republicans party’s strategy for the upcoming legislative vote must prioritize an opposition to Mr. Macron’s liberal policies concerning labor laws emphasizing that we are the only solid opposition to his policies and also gaining additional grounds among the right-wing electorate," Dhuicq said.

The lawmaker spoke in favor of attracting FN voters, taking advantage of their disappointment with Marine Le Pen’s "poor performance during the campaign and presidential debates."

According to Dhuicq, LR which is currently divided between advocates of vote for Macron and those who refused to endorse him after the elimination of LR candidate Francois Fillon in the first round, is on the verge of being remodeled.

"The Republicans party is likely to be redesigned as a new political line is due," Dhuicq said.