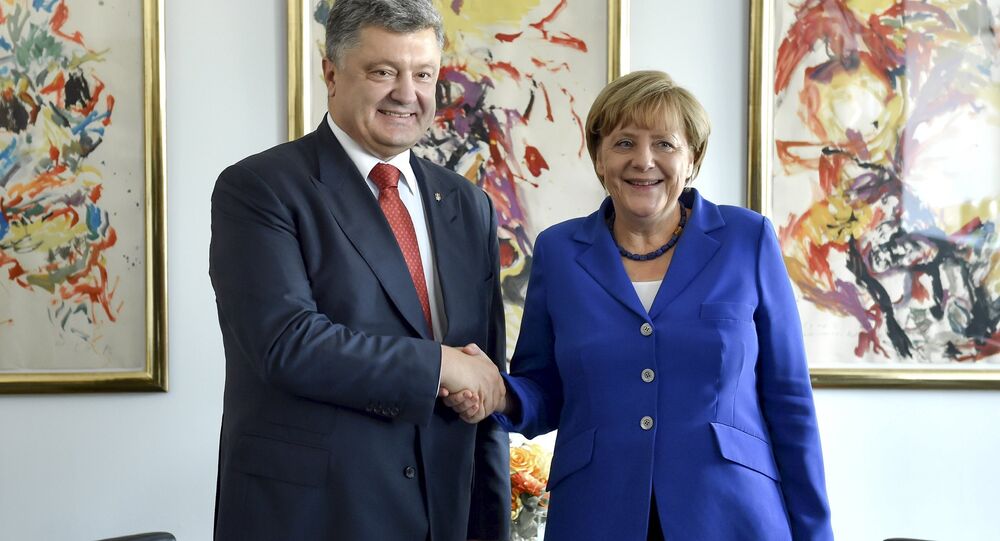 © AP Photo / Evgeniy Maloletka
Normandy Four States Point Out Importance of Easter Ceasefire in Donbass
MOSCOW (Sputnik) — According to the statement, Merkel informed Poroshenko about the results of her talks with the Russian side on May 2, when she held a meeting with Russian President Vladimir Putin in the Black Sea resort of Sochi.

"Leaders of Ukraine and Germany stressed the necessity of continuing work in 'Normandy format,' in particular, with participation of newly elected French president," the statement said.

In February 2015, the leaders of Russia, Ukraine, Germany and France — the so-called Normandy Four — elaborated a ceasefire agreement in Minsk, the capital of Belarus, later signed by Kiev and the Donbas militias, following the Kiev-brokered military operation in Ukraine’s southeast in 2014.

Lavrov Confirms Next Normandy Four Meeting to Be Held Soon