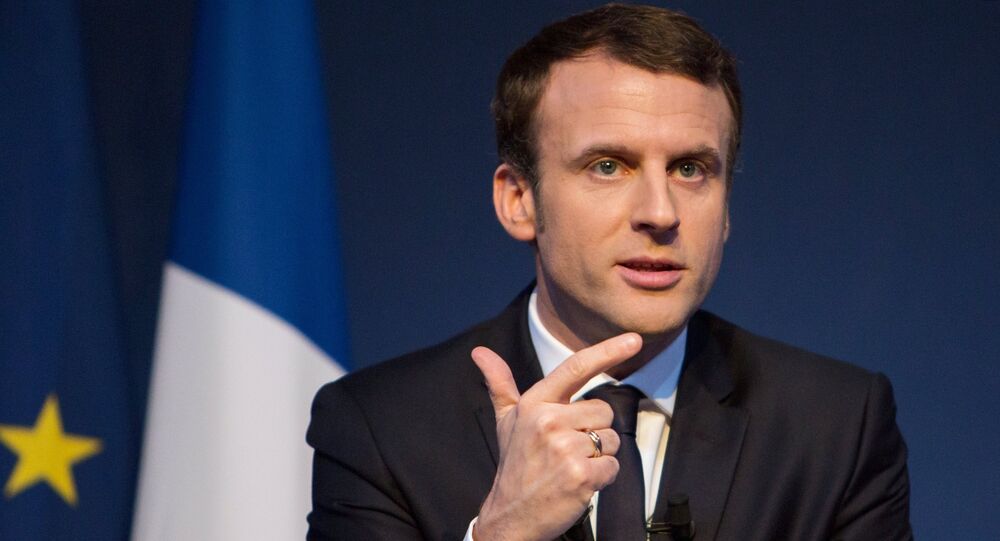 Emmanuel Macron, the leader of the social liberal En Marche! movement, graduated from the University of Paris-Ouest Nanterre La Defense with a master’s degree in philosophy, is suppossed to be favourite in the second round of French presidential election.

© REUTERS / Gonzalo Fuentes
Macron’s Win in French Presidential Election Predicted Days Before Runoff
MOSCOW (Sputnik) — Emmanuel Macron, the leader of the social liberal En Marche! movement, will participate as a candidate in the run-off of the French presidential election on Sunday, when he will face right-wing presidential hopeful Marine Le Pen.

Macron was born on December 21, 1977 in Amiens to a family of doctors. Before school graduation, Macron had been sent to the elite Lycee Henri-IV secondary school in Paris.

Macron graduated from the University of Paris-Ouest Nanterre La Defense with a master’s degree in philosophy. He also obtained a master's degree in public affairs at the Paris Institute of Political Studies. In 2002-2004, Macron studied at the Ecole nationale d'administration (ENA).

Between 2004 and 2008, Macron worked as the inspector of finances in the French Ministry of Economy.

After that, Macron worked as an investment banker before becoming a managing partner at Rothschild & Cie Banque in 2011.

© REUTERS / Gonzalo Fuentes
Obama's Endorsement of Macron Highlights 'Hypocrisy' of France's Neoliberalism
After leaving his bank position as partner in 2011, Macron became deputy secretary-general of the Elysee Palace until 2014.

He then held the position of the minister of the economy, industry and digital affairs from August 26, 2014 to August 30, 2016.

On November 16, 2016, Macron declared his candidacy for the French presidency.

In November 2016, his book entitled "Revolution" was released.

On April 23, 2017, Macron won the first round of the French presidential elections with 24.01 percent of the votes, making it to the run-off scheduled for May 7.

Macron is married to his former French-language teacher Brigitte Trogneux.