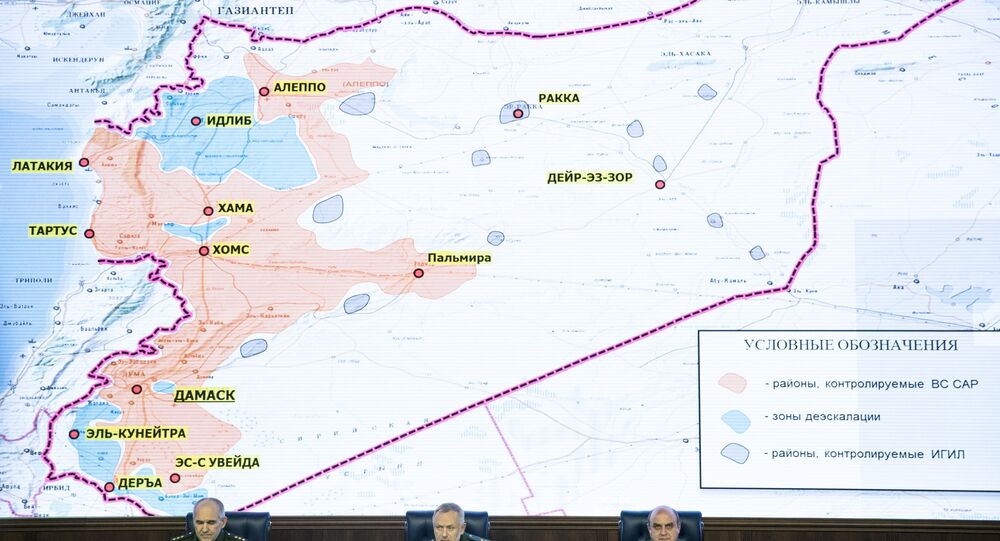 MOSCOW (Sputnik) — The United States has welcomed the outcome of the recent round of the Syria settlement talks held in Astana that took place on May 3-4, Russian Foreign Minister Sergei Lavrov told the Mir television channel in an interview.

"The United States itself has proposed to stop violence in the areas hit by the most severe clashes between the [Syrian] government and [the country's] armed opposition in order to create conditions for the safety of civilians. And it is not a coincidence that the United States has welcomed the result of the Astana meeting — an agreement to create de-escalation zones," Lavrov said.

© AFP 2020 / STR
US Has All Information on Syria De-Escalation Memorandum - Russian Deputy FM
The city of Astana has already held four rounds of negotiations between the Syrian government and armed opposition in order to settle the conflict in the Middle Eastern country. The most recent round took place on May 3-4.

The May round of the Astana talks resulted in a memorandum signed by the Syrian ceasefire guarantor states (Russia, Iran, Turkey) aimed at creation of four zones of de-escalation in Syria, which include the province of Idlib and seven other regions. Any clashes between the government forces and opposition armed groups must stop within the zones.

The memorandum took effect on May 6.

Why Safe Zones Proposed by Russia, Iran, Turkey Have Nothing to Do With US' Plan

Pentagon Aware of De-Escalation Zones, Says Daesh Active in Other Parts of Syria