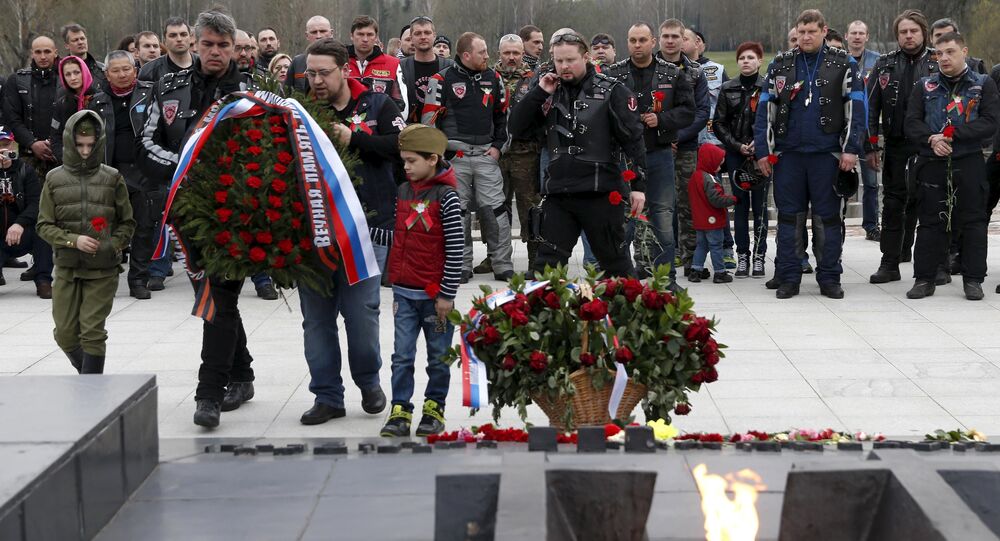 Moscow is outraged over the actions of Polish authorities against Russian bikers, who were banned from entering the country for World War II commemorations, and awaits explanations from Warsaw, as well as reserves the right for retaliatory measures, the Russian Foreign Ministry said Friday.

© Sputnik / Maxim Blinov
Russia Summons Polish Envoy Over Entry Ban for Russian Bikers - Source
MOSCOW (Sputnik) — On April 29, Polish border security denied entry to seven Russian bikers who drove from Russia's Kaliningrad region as part of a motorbike convoy to the Polish city of Braniewo for World War II commemorations. The Polish authorities annulled the bikers' Schengen visas, citing the provisions of the law on foreigners, which stipulates that a foreign citizen may be denied entry in Poland if it threatens security and public order.

On May 3, Polish security forces detained Russian national Nikolai Loginov, who joined the motorcycle "Roads of Victory" rally across a number of European states, including Poland. His Schengen visa was also annuled and he was expelled from the country.

"In both cases the Polish side did not presented any justifications of its actions and substantive arguments, except the references to its national law on foreigners, which prescribes that a foreign national can be denied entry to Poland over security reasons and maintenance of public order… We are outraged over Polish authorities' attitude toward the participants of humanitarian events devoted to the Great Victory and we await substantive explanations, as well as reserve the right for adequate retaliatory measures," the statement said.

In 2016, Russian participants were also denied entry to Poland for an annual motorcycle "Roads of Victory" rally.