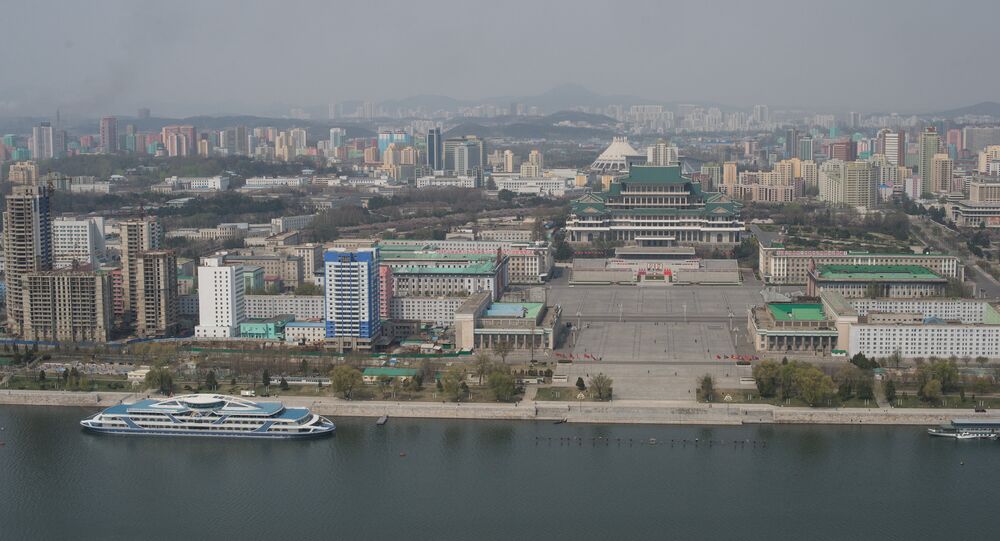 The US House of Representatives passed a bill on Thursday that authorizes the toughest sanctions yet against North Korea.

Ed Royce, the author of the bill and chairman of the Foreign Affairs Committee, said the legislation cuts off North Korea's access to ports around the world, sanctions any financial institutions that still do business with North Korea, prohibits goods produced by North Korean forced labor and sanctions foreign employers who use forced labor from the North in other countries.

Royce noted in an interview earlier on Thursday that by shutting down North Korea's economy, the country will be unable to move forward on its nuclear program.

The bill still needs to pass the US Senate before heading to President Donald Trump for his signature.

© Sputnik / Ilya Pitalev
Tillerson: US Ready to Slap More Sanctions on North Korea
Tensions on the Korean Peninsula escalated as Pyongyang carried out a number of missile launches and nuclear tests in the recent months, which are considered to be in violation of the UN Security Council resolutions.