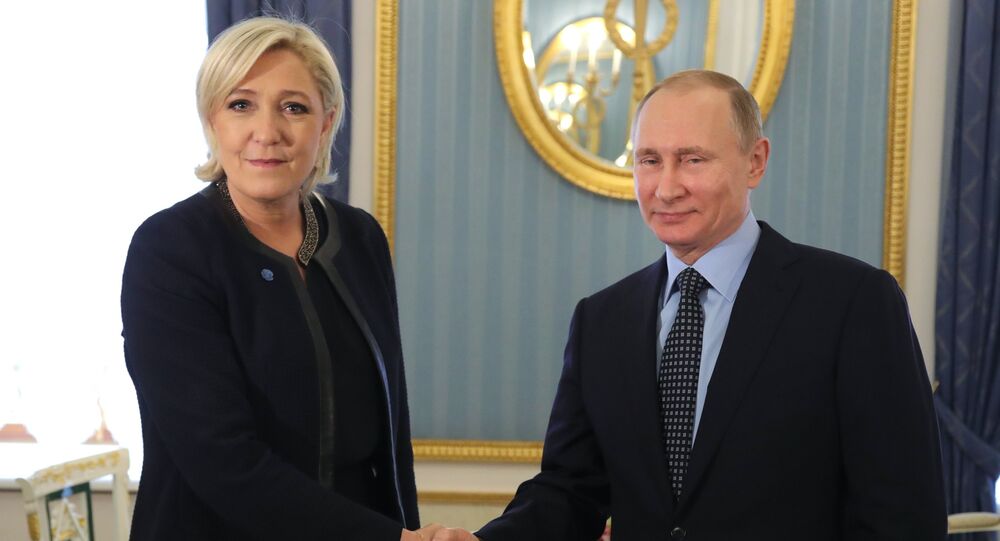 BELGRADE (Sputnik), Victoria Mladenovich — French presidential hopeful Marine Le Pen, who has repeatedly called for cooperation with Russia during her ongoing election campaign, is bringing Russia back to the European community where it rightfully belongs, a Serbian lawmaker and the chairman of right-wing Dveri party, Bosko Obradovic, told Sputnik Thursday.

“Globalists are very wrong to consider Russia as the enemy of Europe, and Ms. Le Pen is one of those politicians that are bringing back Russia where it belongs, in the community of European nations,” Obradovic said.

On Wednesday, during the final debate between the two candidates for the French presidency, right-wing contender Le Pen reiterated her desire to reengage with Russia after the Ukraine conflict soured ties between Moscow and the European Union.  Meanwhile her rival, independent Emmanuel Macron, said that if he were to win in Sunday's run-off, he would primarily strive to strengthen cooperation with US President Donald Trump, although he suggested that talking to Russia was needed to resolve global conflicts.

© AP Photo / Jacques Brinon
Le Pen: With No Control, 'Weapons and Terrorists Pass Through French Borders'
According to Obradovic, victory of Euroskeptic Le Pen in the French election "would be a good signal to the Serbian nation" which should not strive to join the European Union, since, according to the Serbian opposition party member, it is "a dying project."

Le Pen intends to hold a nation-wide referendum on leaving the European Union, if elected, in the first half of 2018 after negotiations with other EU states.

On Sunday, the French voters will return to the polls to participate in the second round of presidential election. The first round was won by Macron, who received 24.01 percent of the vote, while Le Pen came in second with 21.3 percent of the vote.