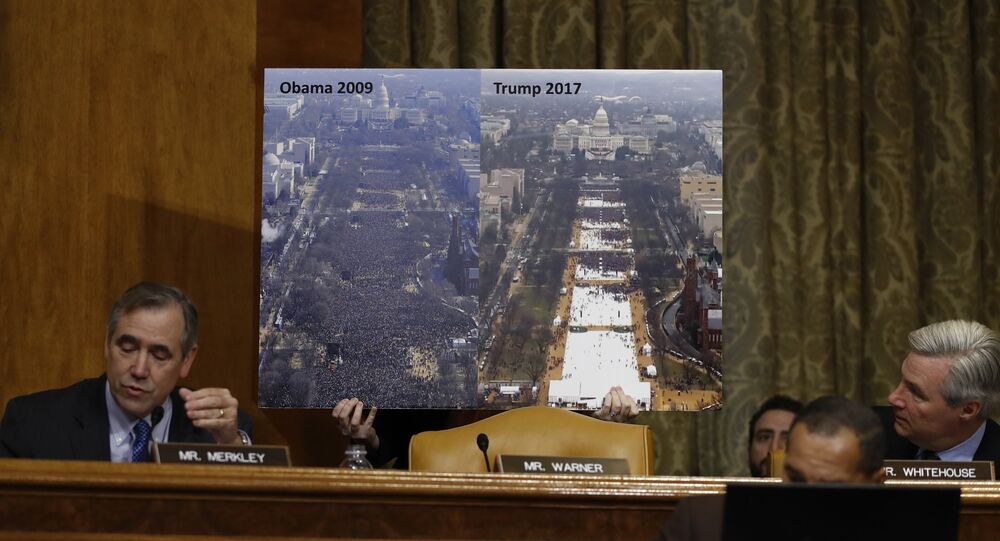 A frenzied non-official investigation by the White House has been attributed to US President Donald Trump himself, who was “directly involved” in what has been seen as a personal drive by the newly elected president to punish the federal employee responsible for proving how poorly attended his 2017 inauguration was.

Following Trump's sparsely attended inauguration, aerial photographs traced to an account operated by the US National Park Service (NPS) appeared online, showing just how light the turnout was and infuriating the new American leader and his team, who quickly launched a hunt to find and punish the poster.

The exchange quickly became a matter of state, as Tim Cash, chief of digital strategy for the NPS, wrote in a January 21 email to Shaun Cavanaugh, the chief information security officer for the agency, "This has become a very sensitive issue, especially since the President has gotten directly involved and contacted Acting Director Mike Reynolds, concerned about one of the images that was retweeted."

The email exchange was first reported by the Washington Post on January 26, although the White House and NPS at the time denied it had occurred.

CBS News reported that attempts were made to trace an IP address associated with the tweet; however, the NPS internal investigation was called off following claims that circulated within the administration that hacking was to be blamed.

Trump Should Apologize if Obama Wiretap Tweet Unfounded - US Congresswoman