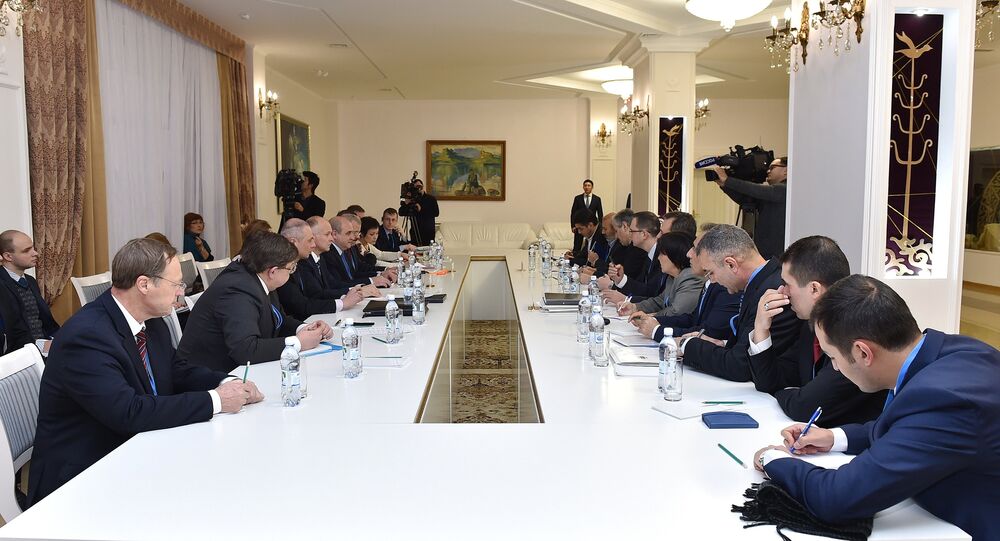 The United States is in favor of all peaceful discussions that can help stabilization and transition efforts in Syria, a State Department official told Sputnik on Tuesday when asked about the possible inclusion of Ahrar ash-Sham in the upcoming Astana talks.

WASHINGTON (Sputnik) — On Monday, Free Syrian Army General Bashar Zoubi told Sputnik that representatives of Ahrar ash-Sham would likely become part of the Syrian opposition delegation for the new round of talks due to take place in the Kazakh capital this week.

"The United States supports any discussions that can lead to a de-escalation of violence and allow for unhindered humanitarian assistance for all Syrians in need," the official stated. "We are concerned, however, that the Astana process has not to date facilitated either objective."

Ahrar ash-Sham is one of the largest Syrian armed opposition groups. Until 2014 they sided with Daesh, a terrorist group outlawed in Russia and many other countries.

In December 2016, Ahrar ash-Sham agreed to join the nationwide ceasefire between the Syrian government and opposition factions. The group decided not to participate in the earlier rounds of Astana talks but supported the negotiations.