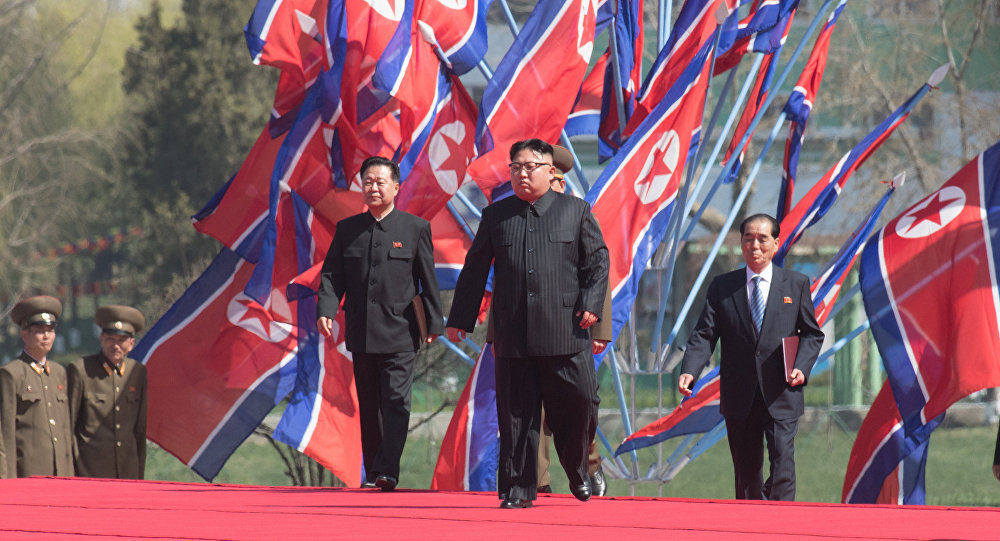 In an interview with Bloomberg, US President Donald Trump said on Monday that he would consider meeting the leader of North Korea Kim Jong Un 'under the right circumstances'. The statement comes at a time of heightened tensions between the two countries.

"If it would be appropriate for me to meet with him <…> I would be honored to do it," Trump said in an interview with Bloomberg News. "If it's under the, again, under the right circumstances. But I would do that."

Trump pointed out himself that this is an unusual statement for a Western politician.

"Most political people would never say that, but I'm telling you under the right circumstances I would meet with him," Trump said, stressing once again that the circumstances would play a key role in the possible historic meeting between the two leaders.

What Trump didn't announce, however, is what kind of circumstances he was talking about. 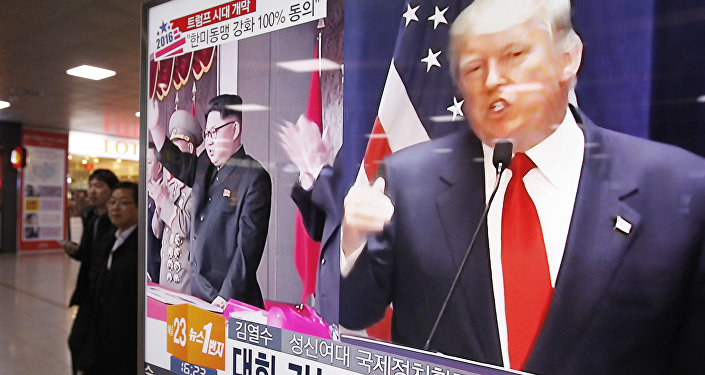 © AP Photo / Ahn Young-joon
It is Not Just North Korea But Asia That is in US Crosshairs
The situation on the Korean Peninsula aggravated since North Korea carried out a number of missile launches and nuclear tests in recent months. In response to the escalation of the situation in the region, the United States sent a naval group led by the US aircraft carrier Carl Vinson to the Korean Peninsula.

On Monday, North Korea pledged to boost measures "at the maximum pace" to build up nuclear deterrence forces, according to the Korean Central News Agency (KCNA).

Earlier on Sunday, Pyongyang warned Washington that it won't hesitate to sink the nuclear-powered submarine the US deployed to South Korean waters if it "tries to budge even a little."