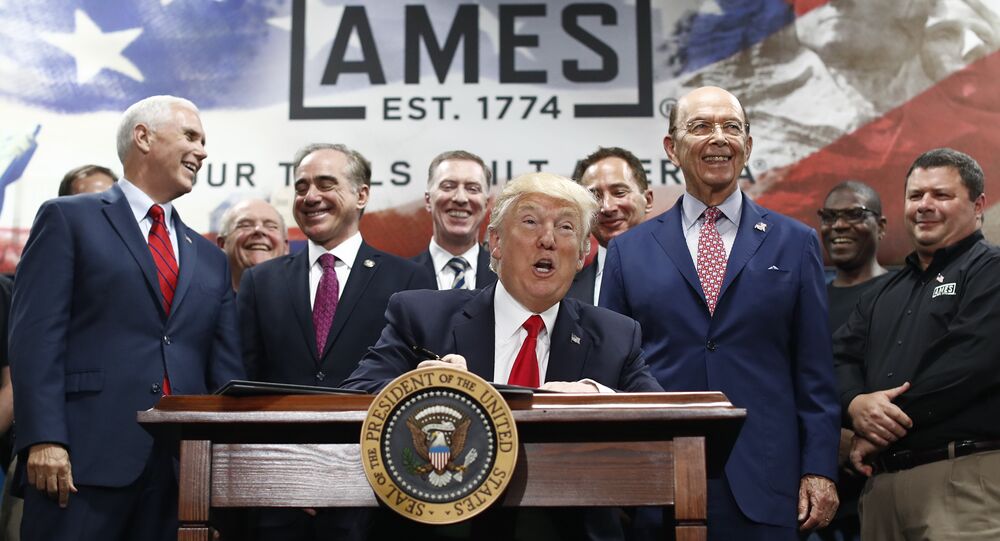 In a portion of his television interview that aired on Sunday focusing on the state of health care in the United States, US President Donald Trump suggested that Americans should let the government worry about alleged threats from rogue states like North Korea, instead of addressing its citizens' medical needs.

Asked to extrapolate, Trump said he wanted Republicans in Congress to "just relax, don't worry about this phony 100-day thing, just relax, take it easy, take your time, get the good vote and make it perfect."

But the president's comments were seen to be an avoidance of, or inability to, address the details, as information regarding how precisely the Republicans could achieve their long sought-after repeal of the popular ACA program were few and far between.

When asked for a clear explanation of how he envisioned Congress modifying the extremely complicated US national healthcare plan, Trump became visibly agitated.

"Preexisting is going to be in the [ACA] replacement bill and we're also going to create pools and pools are going to take care of the preexisting," the president said, a non-answer that only served to open the door to more questions.

After being pressed by the interviewer, Trump snapped: "Look, if you hurt your knee, honestly, I'd rather have the federal government focus on North Korea."

Trump appeared flustered and tired in the interview, falling back to repeating: "I would much rather see the federal government focused on other things."

Republicans lawmakers have, since its implementation, made over 50 unsuccessful attempts to repeal the nation's first wide-ranging health plan, amid growing calls for members of the Congress and the House to focus on tasks that have a greater likelihood of success.