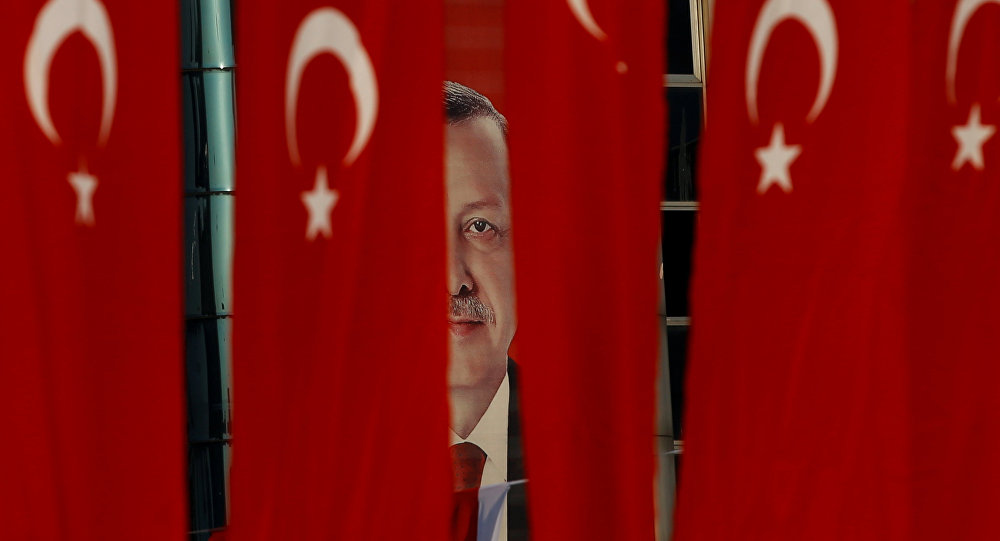 New emergency decrees in Turkey have resulted in the firing of an estimated additional 4,000 people, as well as the banning of several popular TV shows and the widespread withdrawal of funding for students and health services in the country.

Earlier this month, the power of the executive office was increased through a referendum vote promoted by the country's leadership.

In addition to the wave of dismissals, popular wedding match television programming was also banned in the increasingly religiously fundamentalist cultural climate of the country.

The widespread firings, one of the biggest purges since the July 15 coup attempt, included employees of the Turkish military, Justice Ministry, Health MInistry, Gendarmerie, Coast Guard and Religious Affairs Directorate.

Foreign exchange students abroad saw their funding withdrawn as well, stranding them in various locales around the globe, and an estimated 18 foundations, 13 health groups and 14 associations have been closed.

The state of emergency declared immediately after the failed coup remains in place today, more than eight months later.

Total figures for those purged from positions of responsibility in Turkey and placed into detention in recent times has climbed past the 130,000 mark, and Erdogan is seen to be consolidating his position in the wake of the failed coup — a "gift from god," as he referred to it — and the recent focusing of government power to the office of the president.

The purges are taking a psychological toll in the country: Turkey Purge reports that 35 individuals affected by the dismissals and detentions have committed suicide. Those detained on accusations of supporting the coup attempt in some way face threats of torture and the withdrawal of legal services.

Tourism, including medical visits, account for about 10 percent of Ankara's GDP. Total tourism has dropped some 15 percent over the past two years, following reports of an increasingly autocratic administration pushing Turkish culture into a form more closely adhering to fundamentalist religious beliefs that are seen to limit the rights of women, ethnic and religious minorities and refugees.

Following the failed coup, Erdogan quickly blamed former close ally and religious figure Fethullah Gulen for the attempt, and demanded that the US extradite him to Ankara. The United States refused Erdogan's request, on the grounds that there was no proof of collusion between Gulen and the coup plotters. Gulen has denied any association with, or responsibility for, the deaths of some 240 people or the injuries of an additional 1,000 in the brief but bloody event.