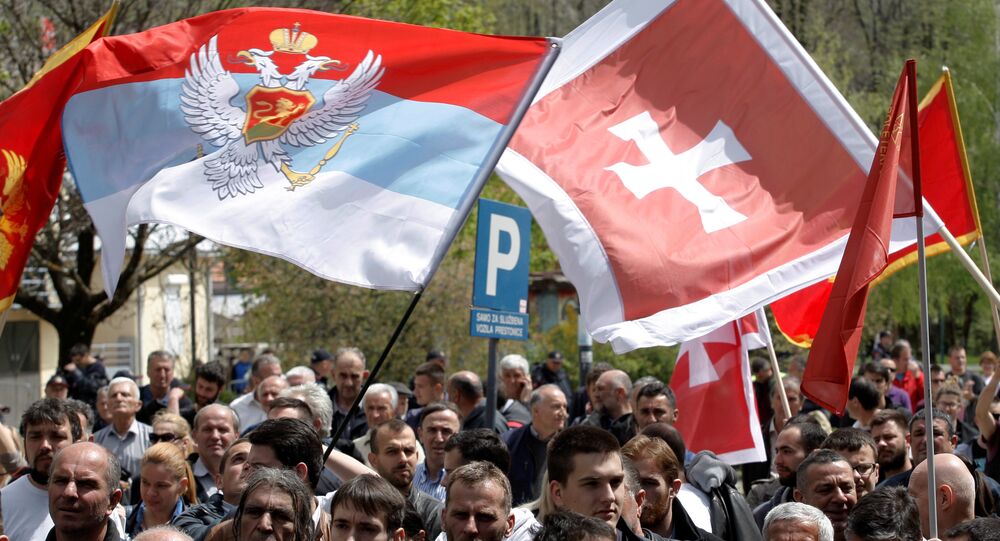 The Russian Foreign Ministry described on Friday the ratification of the law on Montenegro accession to NATO by the parliament amid nationwide protests against the move as 'violation of all democratic principles."

© AP Photo / Risto Bozovic
Montenegro Opposition Protesting Against NATO Membership on Voting Day (VIDEO)
MOSCOW (Sputnik) — Only pro-NATO lawmakers (46 out of 81) were present at the parliamentary session that passed the document earlier in the day.

"The adoption of fundamental acts affecting the key issues of state security thorough the vote of individual lawmakers on the basis of formal majority and without taking into account the public opinion is a blatant act of trampling all democratic norms and principles," the ministry said in a statement.

"Given the potential of Montenegro, the North Atlantic Alliance is unlikely to receive significant "added value". But Moscow can not ignore the strategic consequences of this step. Therefore, we reserve the right to adopt decisions that are aimed at protecting our interests and national security," the statement said.

© REUTERS / Stevo Vasiljevic
Escape Plan: How Montenegro Can Still Ditch NATO, Which Bombed It in 1999
Montenegro was invited to join NATO in December 2015, within the first expansion of the alliance into Eastern Europe in six years. Podgorica accepted the invitation on December 3, 2015, triggering protests in the country. The protocol on accession was signed by alliance members in May 2016, which then needed to be ratified by all member states.

In May 2016, the alliance members signed a protocol on Montenegro's accession to be ratified by all NATO member states before becoming a full-fledged member.