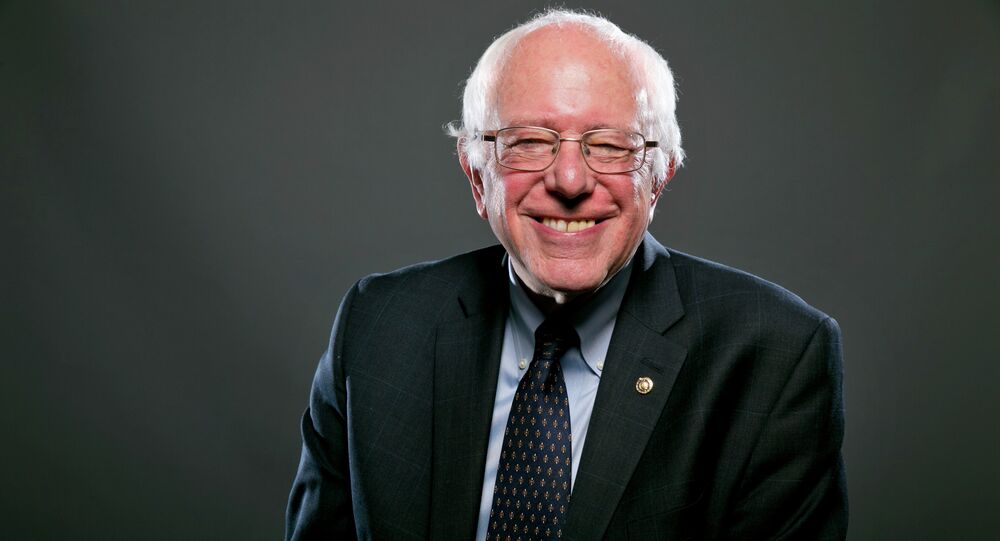 Vermont Senator Bernie Sanders submitted a $15-an-hour federal minimum wage bill on Wednesday, and a rally was held outside the Capitol to support the cause.

The bill would more than double the federal minimum wage, from $7.25 to $15 an hour. Sanders tried to pass the bill in 2015, to raise minimum wage to $15 incrementally over four years, but it was unsuccessful.

“We are saying loudly and clearly: We won't rest until every worker makes at least $15 an hour,” Sanders wrote in a Facebook post accompanying a livestream of the rally, which was attended by his supporters and striking federal workers.

Attendees of the event held signs accusing US President Donald Trump of starting a “war on workers.”

Sanders’ call for a $15-an-hour minimum wage was a rallying cry for his popular campaign during the 2016 election primaries. He frequently attended protests and rallies held by the group Fight For 15.

Fight for 15 began in New York City, as fast-food workers went on strike demanding $15-an-hour pay, as well as union rights. The movement was successful, and in April of last year NY Governor Andrew Cuomo signed a law to increase wages to a $15 minimum by the end of 2018 in New York City, and by 2021 in other counties, including Nassau, Suffolk and Westchester. For the rest of the state, the minimum wage will be raised to $12.50 by the end of 2020.

The movement spread to more than 300 cities on six different continents, and has seen additional successes, winning $15 an hour in the state of California and in large cities such as Seattle. Other cities, including Portland and Chicago, have seen significant minimum-wage increases.

Sanders hopes to go even bigger with his bill, and “fight for 15” for the whole nation.

Despite his loss to Hillary Clinton for the Democratic Party’s presidential nomination in 2016, Vermont’s favourite democratic socialist is the most popular US senator, with a 75 percent approval rating among his constituents.

Unfortunately, while Sanders is popular with his public, his minimum wage bill will have some serious hurdles to cross to pass through the Republican House and Senate.

“It is a national disgrace that millions of full-time workers are living in poverty and millions more are forced to work two or three jobs just to pay their bills,” Sanders posted on his Facebook page on Tuesday. “We have got to start paying all of our workers a living wage.”