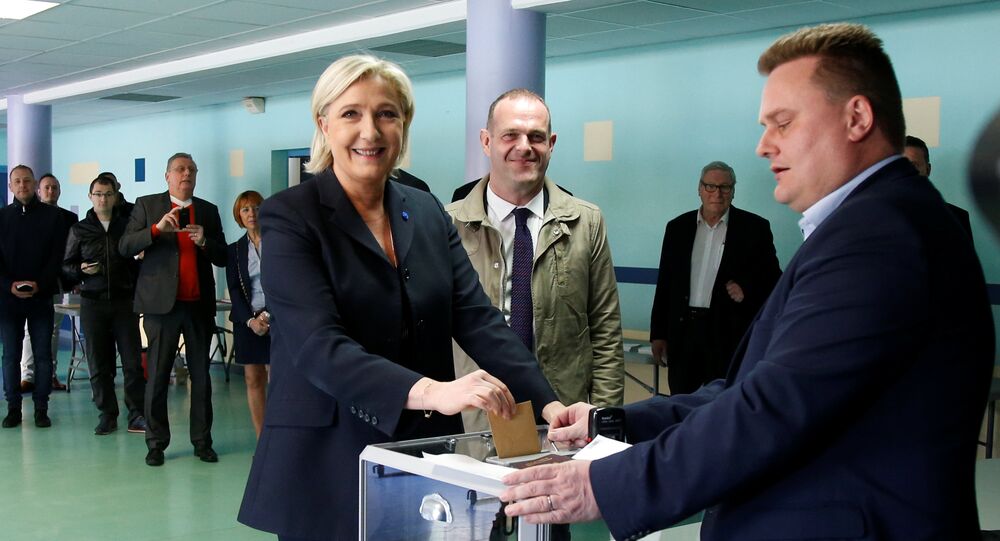 According to the campaign manager for a French Presidential Marine Nominee Le Pen, the candidate has won in 47 French departments in the first round of election, while her rival independent candidate Emmanuel Macron secured victory in 42.

Rachline noted that the results demonstrated the dynamics of the presidential election, describing the results as "historic."

According to Rachline Le Pen's campaign team is beginning a new election campaign.

Rachline added that Le Pen was capable of holding discussions with the world leaders, while her rival, independent candidate Emmanuel Macron, refused to enter into discussions with a vast part of the world, including the United Kingdom and the United States. Thus, in case of Macron’s victory, France would become isolated from the global community, Rachline noted.

© REUTERS / Benoit Tessier
Macron Forges Ahead After First Round of French Presidential Election
With 97% of votes counted, Le pen has received 21.42 percent of votes, while her rival Macron is leading in the first election tour with 23.86 percent.

According to the final figures provided by the French Interior Ministry, Macron gathered support of 23.75 French voters, while Le Pen came second with 21.53 percent. The two candidates will take part in the run-off on May 7.

On Sunday, French citizens cast their votes in the French presidential election choosing among 11 nominees to become the country's next president. Incumbent President Francois Hollande's term expires in mid-May.