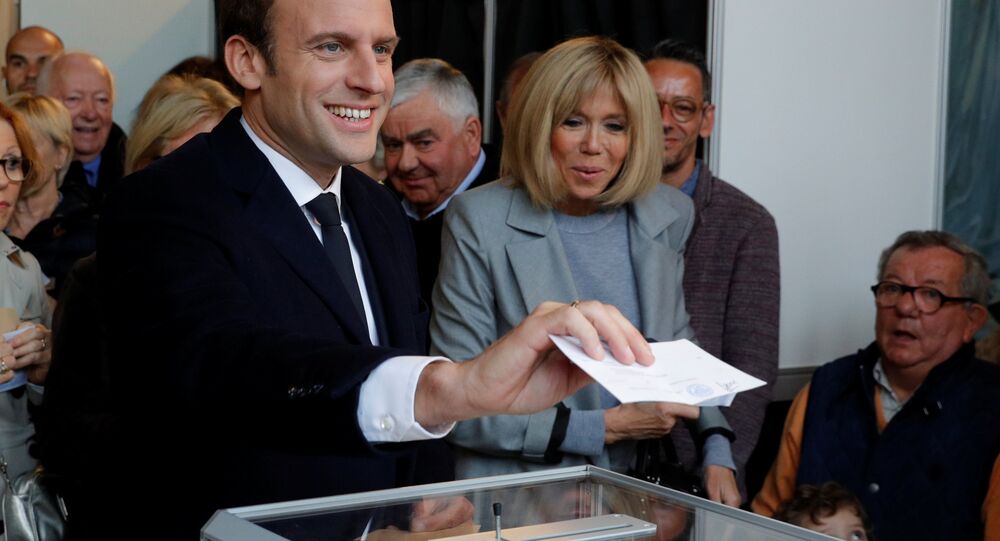 Independent French presidential candidate Emmanuel Macron delivered a speech from his campaign office ahead of the announcement of the election's first preliminary results. The current frontrunner according to exit polls is also expected to address the meeting.

He said that he intends to become French President in two weeks. The candidate announced that he was ready to start working on setting up a coalition in French parliament beginning Monday.

"In your name, I will bring necessary optimism and the road of hope that we need for our country and for Europe to the second round… I want to become your president in two weeks," Macron said.

"I want to be the president of patriots in the face of the nationalist threat," he was quoted as saying.

Macron on the Throne? Victory Prospects of the Independent French Candidate