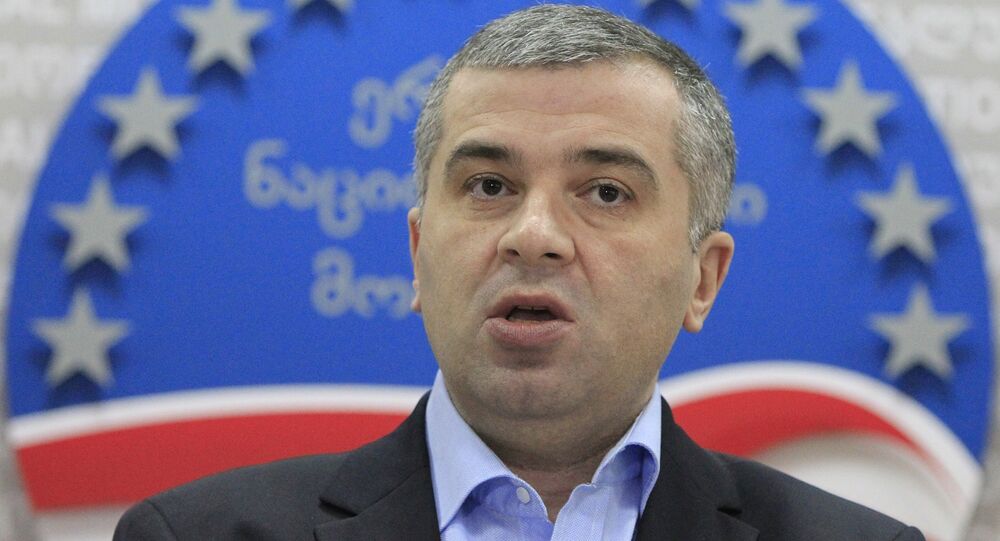 © AP Photo / Ronald Zak
Kerry Meets With Georgian Opposition Ahead of October Elections
TBILISI (Sputnik) — The Georgian Dream ruling party proposed to abandon direct presidential elections starting from 2023 as the country would transition to a parliamentary form of governance.

"The initiative of the European Georgia is to hold a referendum on two main issues related to the constitution amendments, about the direct presidential elections and the system of parliamentary elections, at which the Georgians will let their opinion be registered on whether they want to have the right to elect the president or not and what kind of parliament Georgia should have," David Bakradze, the head of parliamentary opposition, said.

According to Bakradze, the referendum will not incur any additional expenses as it could be held during the local elections expected to take place in the fall this year.

Earlier on Saturday, the Georgian Constitutional Commission approved the final variant of the text of the amendments. However, the draft law has not been signed by opposition parties yet.

Over 50% of Georgians Believe Tbilisi Should Keep Up Ties Both With West, Russia