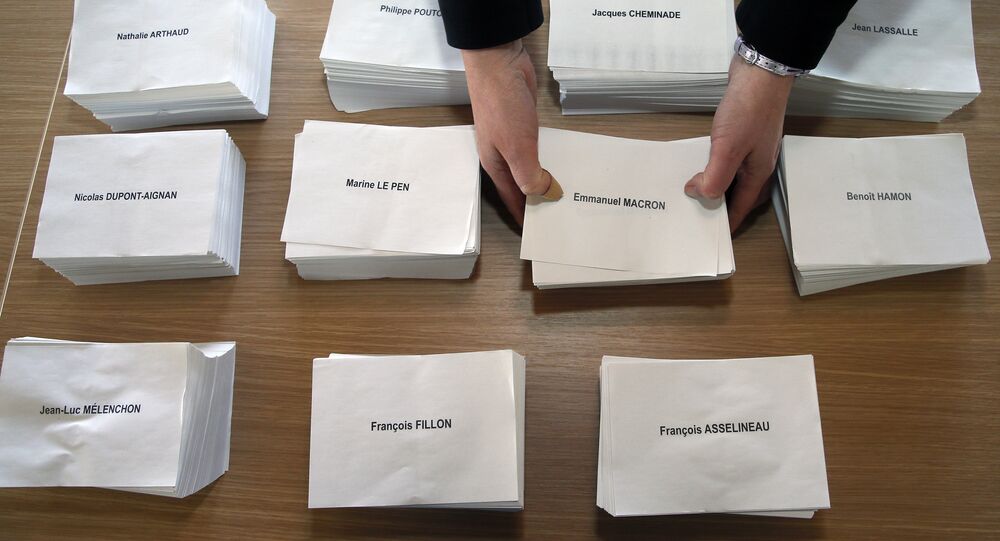 Polling stations opened on Saturday in the French overseas collectivity of Saint Pierre and Miquelon, located off eastern Canadian shores, for the presidential elections, a day earlier than in the European part of the country, French media reported.

MOSCOW (Sputnik) — According to the BFMTV broadcaster, the stations opened at 8 a.m. local time (10:00 GMT) in Saint Pierre and Miquelon, while the voters in Guiana, another overseas department, went to polls at 11:00 GMT.

French Polynesia will begin voting at 18:00 GMT, Reunion and Mayotte will go to polls tomorrow, like mainland France, but two hours and one hour earlier respectively.

The monitors from candidates were absent at four polling stations in the town of Remire-Montjoly in the overseas region of French Guiana at the time when the first round of the presidential election was set to begin and had to be replaced, local media reported on Saturday.

According to the France Guyane magazine, the monitors were replaced by substitute observers, local town hall employees.

All of the stations in the region are reportedly open now.

The voters in French Guiana went to polls at 11:00 GMT earlier in the day, while the polling stations in mainland France will open on Sunday.

The results of the vote will be sent to Paris rather than counted in the region itself.

The French will choose from 11 candidates in the first round of the election, but only top two candidates will make it to the second round on May 7, which will be held if nobody gets more than 50 percent of the votes.