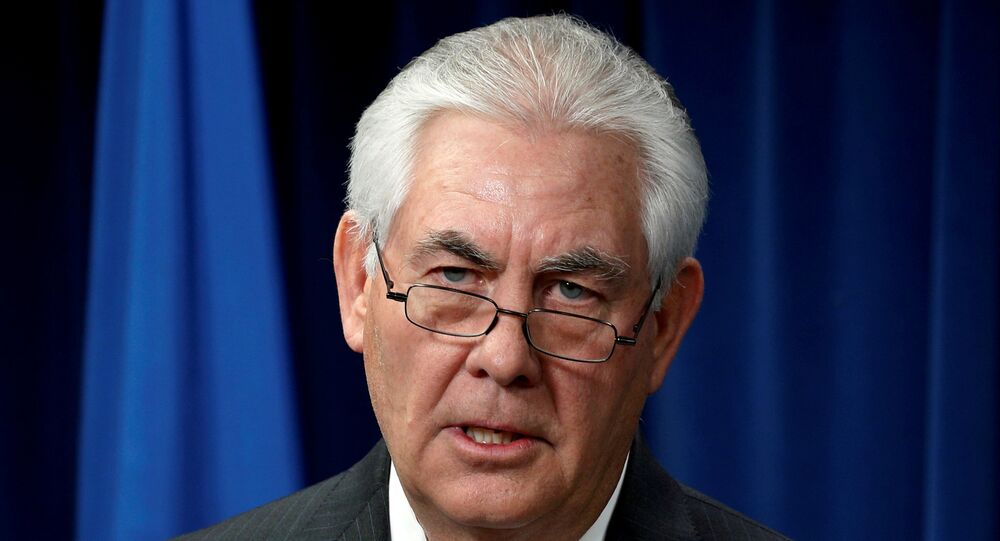 Rex Tillerson reaffirmed to Sergey Lavrov US support for the existing OPCW mechanism for investigating the alleged use of sarin in Syria.

© Sputnik / Grigoriy Sisoev
Blocking of Russian OPCW Proposal on Idlib Aims to Push for Regime Change
WASHINGTON (Sputnik) — US Secretary of State Rex Tillerson during a phone call with Russian Foreign Minister Sergey Lavrov on Friday reaffirmed US support for the existing Organization for the Prohibition of Chemical Weapons (OPCW) mechanism for investigating the alleged use of sarin in Syria, the Department of State said in a press release.

“The Secretary [Tillerson] reiterated his support for the OPCW’s existing investigative mechanism,” the release stated.

Tillerson and Lavrov, the release added, discussed the OPCW probe into the alleged use of chemical weapons on April 4 in Syria, and followed up on other bilateral issues from the US chief diplomat’s visit to Moscow on April 11-12.

Earlier on Friday, the Russian Foreign Ministry said in a readout of the same phone call that Tillerson and Lavrov agreed to give relevant orders to study the possibility of launching an objective probe under OPCW auspices into the alleged use of sarin nerve gas in Syria's Khan Sheikhoun.