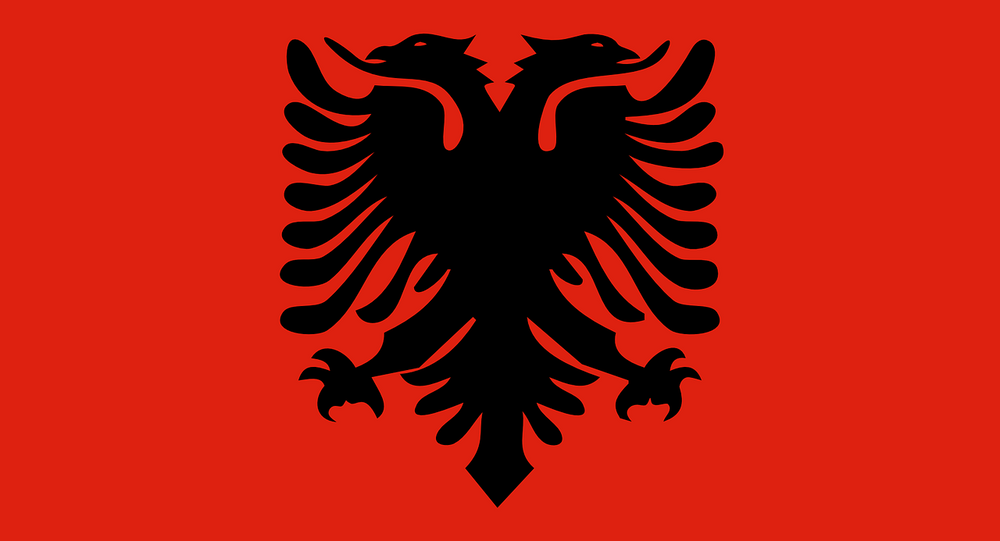 The international community should take steps to show Albania and Albanian politicians in other Balkan countries that it is unacceptable to exert efforts aimed at revision of borders in the Balkan region, the Russian Foreign Ministry said in a statement on Friday.

MOSCOW (Sputnik) — Earlier in the week, Albanian Prime Minister Edi Rama made a statement that Albania and the partially recognized republic of Kosovo, also inhabited by Albanians, could reach a "union." Soon afterward, President of Kosovo Hashim Thaci said that if Brussels "closed [the] door on Kosovo," all Albanians in the region would unite into one state.

"We believe that the international community should jointly show Tirana and Albanian politicians in other Balkan states that it is unacceptable to advance territorial claims and to discuss the revision of borders in the region. We call on western partners to adhere to the international law and common sense, but not within the framework of the double standards schemes familiar to them," the statement said.

© AFP 2020 / GENT SHKULLAKU
Unit of Threat: Albania Blackmails EU, Threatens to Unite With Kosovo
The statement added that against the backdrop of talks about the regional stability under the NATO protection, the situation in the region was being undermined by the steps aimed at implementation of the so-called Greater Albania project.

The Albanians are one of the Balkan peoples constituting majority of population in Albania. However, a significant numbers of Albanians live in the territories of former Yugoslavia, neighboring Albania itself, such as Kosovo and Montenegro. A number of politicians, such as Rama, have voiced the concept of Greater Albania in order to unify all the territories inhabited by the Albanians within a single state.