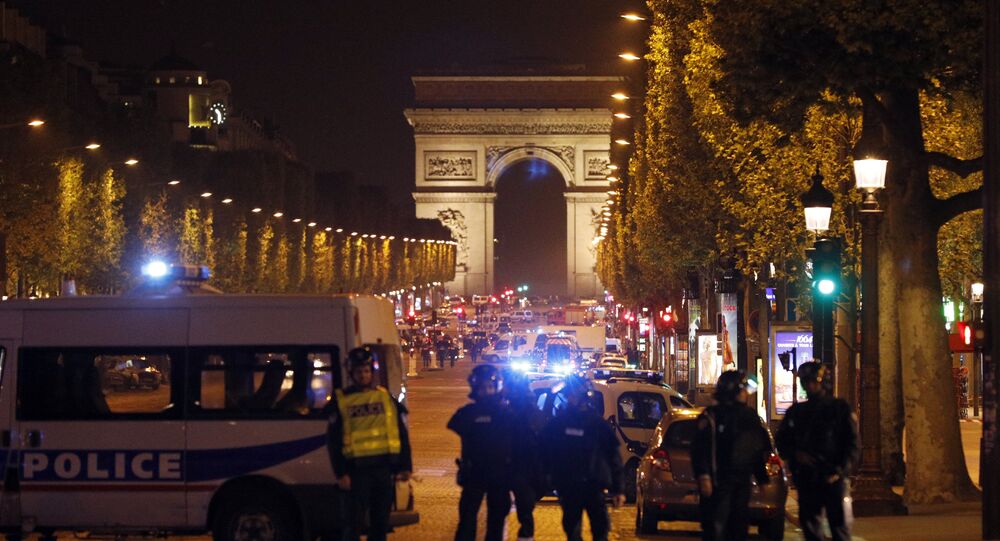 © REUTERS / Eric Gaillard
French Most Scared of Fillon-Le Pen in Potential Presidential Election 2nd Round - Poll
PARIS (Sputnik) — On Thursday, a gunman opened fire on French police officers in the French capital, killing one law enforcement member and injuring two others, along with a passerby. Daesh reportedly claimed responsibility for the attack. Following the shooting, Le Pen said that the French authorities did not do everything necessary to protect the citizens.

"Le Pen wants the French people to forget that she voted against everything we have ever proposed as credible or positive in terms of security. She calls for new restrictions on migration and asylums seekers. Ladies and gentlemen, this kind of language reveals her real aim. The candidate of the FN wants to take advantage of tragedies which have occurred to divide the country. She wants to exploit fear for political motives," Cazeneuve told reporters.

The prime minister stressed that the FN leader was trying to use the tragedy as a political opportunity. As concerns Fillon, he slammed the candidate's security policy for inconsistency.

"Fillon recommends the creation of 10,000 more police jobs, when he was a Prime Minister he reduced the police force by 13,000, as we have created 9,000 more offices in the intelligence services," Cazeneuve said.

The Paris shooting took place just a couple of days before the French presidential election, scheduled for Sunday.

Fillon to Propose Initiative on Counterterror Coalition With Russia, US